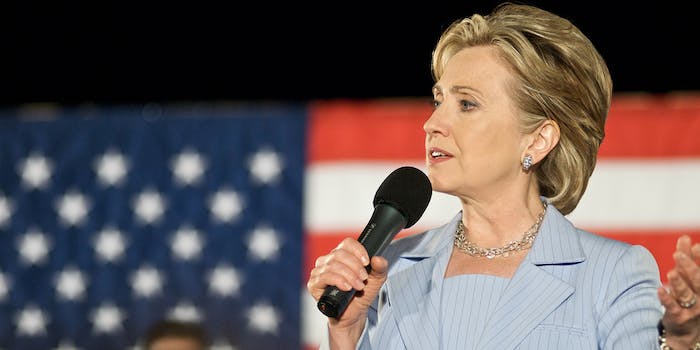 She's a politician, all right.

With a single tweet, Hillary Clinton has finally broken her silence on the scandal surrounding her use of personal email accounts, rather than official government ones, during her tenure as Secretary of State.

Unsurprisingly, her response is as politically calculating as she and her husband have been for decades.

I want the public to see my email. I asked State to release them. They said they will review them for release as soon as possible.

The tweet, her first in weeks, leaves her a bit of wiggle room. Clinton didn’t just decline to create a .gov address to conduct State Department business; she had a physical email server installed in her house. That means she alone controls the fate of her stored emails, a fact that became relevant when a congressional committee investigating the 2012 Benghazi attack subpoenaed her records.

Had Clinton used a public service like Gmail, congressional committee would issue the subpoena to Google. Given that the emails are stored on her own server, the committee’s demand will go directly to her aides, who could have already permanently deleted any incriminating emails.

Clinton aides have already turned over 50,000 pages of emails to the State Department. The department is reviewing them, but a spokesperson said the process will “take some time.”

Photo via Keith Kissel/Flickr (CC BY 2.0)