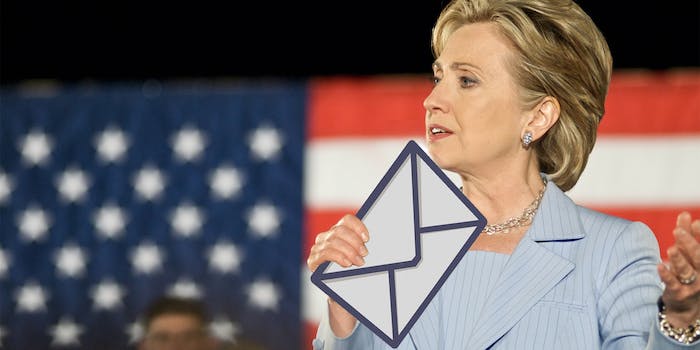 Former Secretary of State Hillary Clinton’s email scandal just got even worse: It’s now the subject of a congressional investigation.

The House Select Committee on Benghazi, devoted to investigating how four Americans were killed in a terrorist attack in Libya during Clinton’s tenure, hasn’t found evidence of significant coverup or government malfeasance despite years of investigation.

Nevertheless, the committee will subpoena all Benghazi-related emails that Clinton sent and received during her time as secretary, sources told the Washington Post.

Clinton has been under fire since Monday, when the New York Times revealed that she exclusively used a personal email account for official business during the entirety of her time running the State Department. That’s a possible violation of the Federal Records Act, which requires government workers to use their .gov email addresses for the sake of transparency.

Not only did Clinton use her own email address, she used her own server, which means that the subpoena will go through her own lawyers, rather than, say, Google’s.

Former secretary of state Colin Powell has said he also used a personal email address in that capacity. Clinton’s predessecor, Condeleeza Rice, reportedly “rarely used email” at all, but she did use her official account, as does current secretary John Kerry.

Photo via kakissel/Flickr (CC BY 2.0) | Remix by Fernando Alfonso III