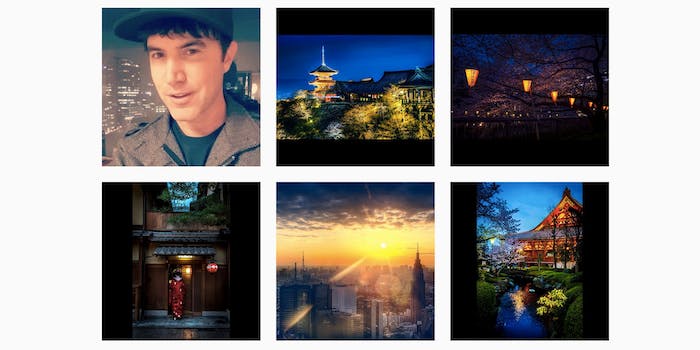 I hate you, Myspace Tom.

When I logged in to Facebook this morning, Tom Anderson was trending. The man’s mug evoked feelings I thought I’d left behind in high school, when the avatar of a man in a white T-shirt against a dirty whiteboard wanted to be my friend.

Myspace Tom is back making headlines thanks to TMZ digging up an old Instagram selfie, (which coincidentally looks a bit like my high school crush, I must admit), and since I’m never going to shake this nightmare, I might as well write about it.

I hate you, Tom Anderson, cofounder of Myspace.

I’m obviously not the only person on the Internet with a nostalgic reaction to Anderson, considering the man was a top trending topic on Facebook for a while on Thursday. But let’s think for a second why so many of us care about this dude’s face.

Is it because we were all befriended by this stranger and considered him part of our social lives the same way our “real” friends were? Because his face connected millions of people who otherwise would not have any common thread? Or is it because it evokes memories of a simpler time, when our online lives weren’t manipulated by algorithms deciding what we should be interested in?

Anderson doesn’t seem to care about any of that now. Myspace Tom is living his best life.

TMZ ripped his two-year-old selfie from Instagram, where Anderson posts updates from world travels, with beautiful snapshots of outdoor adventures, and some NSFW photos of women on beaches. And yet even though all his photos seem to encapsulate a life lived offline, mostly devoid of selfies and constant updates, his profile picture is still the one we recognize from over a decade ago. 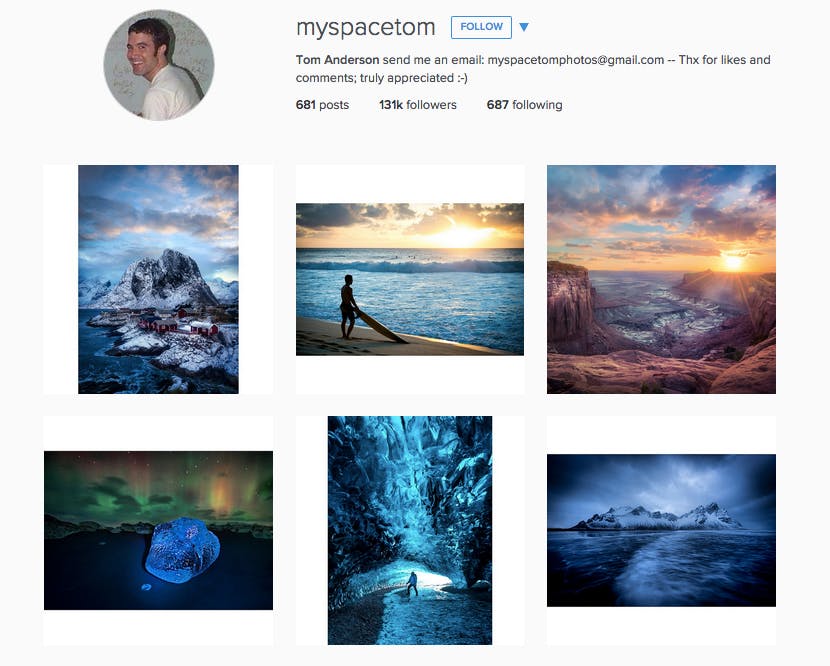 Anderson doesn’t appear to have been swept up in the behavior his platform exacerbated. How should Anderson be allowed to live so carefree when he singlehandedly helped usher in the era of friendship established by meaningless connections on the Internet?

Because of him, my high school days were defined by Top 8s and status updates, posts and photos we’d obsessively refresh to see if our crushes commented. They never did.

Fine Myspace Tom, I guess I don’t hate  you—just the photo that’s etched into the brains of so many millennials that felt guilty about removing you from our friends list because you were like a stuffed animal we couldn’t get rid of when we finally grew up.

Myspace defined a generation, and though it might’ve failed miserably as a social network, it succeeded in cementing the understanding that friendships aren’t defined by IRL social interactions—you could put someone in your Top 8 that you never met before, and that was perfectly OK. Spending time with “friends” meant commenting on pictures and writing simple, esoteric notes.

And when Facebook began snatching us into its clutches come college, we accepted our blue overlord in the same way we did the man in the white shirt. As something we wanted to be friends with.

We’re still wasting too much time online, wondering what our “friends” are up to and admiring perfectly edited photos of lives that often only depict one side of the story. Friendship is a contest in engagement—both in terms romantic relationships that wind up at the top of a News Feed for compliments, and those “friendships” defined by how many times you Like someone’s photos.

Perhaps we care so much about Myspace Tom because we still consider him a friend—albeit one lost to years of building up social networks so large it’s possible we’re all connected somehow online without that one person who was always first in our friend space.

For so many, Anderson was our introduction to the world of social media. So it’s nice to see he’s exploring the world outside the Internet—while we just keep on refreshing our feeds.