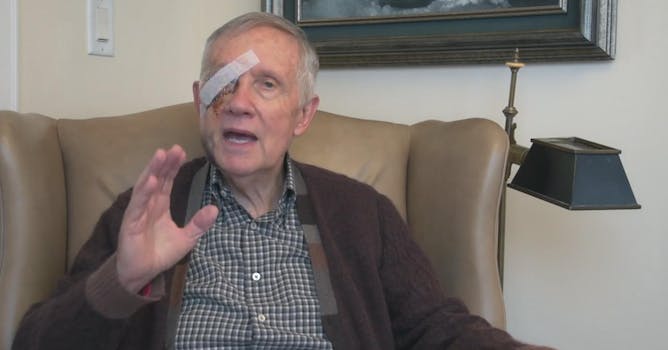 This former boxer has never looked quite so beaten up.

The 114th Congress kicked off today, but there was at least one notable absence: Outgoing Senate Majority Leader Harry Reid (D-Nev.), who is at home recovering from a concussion he suffered earlier this month.

Not one to shrink from the spotlight, even when on doctor’s orders for rest, Reid recorded a YouTube video telling constituents that he was talking with Democratic leadership every day.

In the video, Reid mentions his days as a former boxer and says he’s never looked quite as beaten up as he does today.

Reid fell and hurt himself on Jan. 2 during an exercise session at his home. He was rushed to the hospital after a piece of exercise equipment snapped. Doctors said he broke “a number of ribs and bones in his face.”