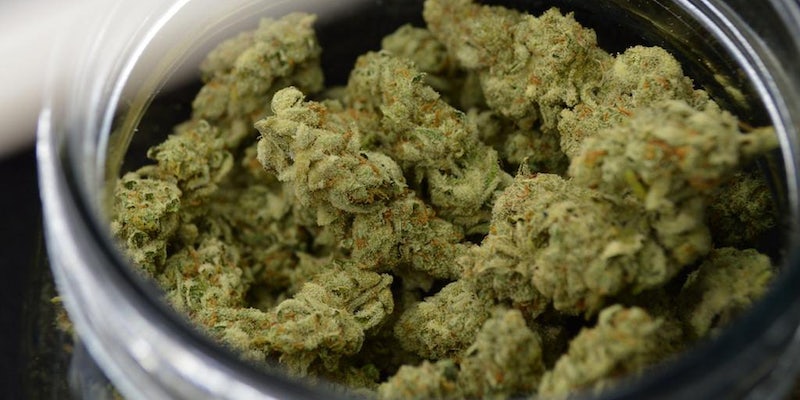 The war on weed is making a comeback.

Over the course of the Obama administration, 20 states across the country legalize marijuana for medical use and eight states legalized recreational use. Federal law prohibits marijuana use and possession where, under the Controlled Substances Act, it is classed a Schedule 1 drug, meaning it has no known medicinal value under the law.

The relaxed state laws allowed for a profitable industry to establish itself around the sale of the drug under President Barack Obama, whose Justice Department committed to respecting state laws on marijuana legalization. However, before Thursday, businesses within the sector had no idea if the Trump administration would carry forward with the same restrained policy since there was no official position on the matter. Now, though, Spicer’s ominous comments likely to send the burgeoning legal marijuana industry into a tailspin.

“There’s still a federal law that we need to abide by when it comes to recreational marijuana and other drugs of that nature,” Spicer told reporters during Thursday’s White House briefing. “[It’s] something the Department of Justice will be further looking into.”

Spicer’s remarks, however, appear to be odds with a statement Trump made when on the campaign trail in which he sided with Obama’s policy on respecting state law on marijuana.

“In terms of marijuana and legalization, I think that should be a state issue, state-by-state,” Trump explained to the Washington Post. “Marijuana is such a big thing. I think medical should happen—right? Don’t we agree? I think so. And then I really believe we should leave it up to the states.”

Although a federal crackdown on recreational marijuana aligns with Trump’s “law and order” mantra, a Quinnipiac University poll released this week found that 71 percent of voters say the U.S. government should respect state laws on medical and recreational marijuana and not enforce the federal prohibition. This sentiment was supported by voters across all demographics and political leanings.

In defending enforcement of federal marijuana laws, Spicer inaccurately claimed that marijuana legalization had resulted in an increase in opioid addiction.

“There’s a big difference between that and recreational marijuana,” Spicer. “And I think that when you see something like the opioid addiction crisis blossoming in so many states around this country, the last thing we should be doing is encouraging people.”

As a matter of fact, research has linked the legalization of marijuana to a reduction of usage and demand for opioid-based painkillers.

Spicer did go on to clarify Trump’s support for medical marijuana use, acknowledging “the pain and suffering that many people go through, who are facing especially terminal diseases, and the comfort that some of these drugs, including medical marijuana, can bring to them.”

So, while the administration’s position remains largely unclear, it appears that the policy will lean closer toward federal prohibition.