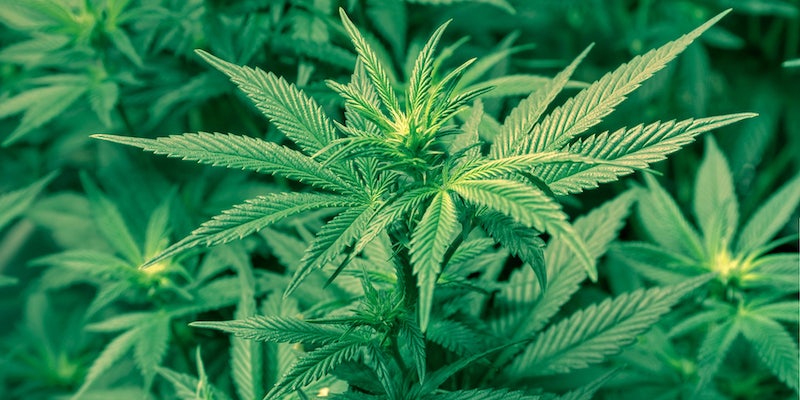 Where marijuana is legal: A state-by-state guide to pot laws in the U.S.

Weed, mota, chronic, ganja, sticky icky… Whatever you call marijuana, one thing is certain: Its time has come.

Potheads have had plenty of reason to rejoice over the past couple of years, as five U.S. states have legalized recreational marijuana consumption and purchase and dozens more have decriminalized possession. But laws vary by state: Some only allow medical use, while others only allow possession of a specific amount.

Whether you’re curious about your home state’s local policies or are a weed-savvy traveler with an upcoming trip planned, our guide to the kaleidoscope of nationwide pot laws is sure to help sort things out.

Note: Marijuana policy is always changing, so be sure to double-check the National Organization for the Reform of Marijuana Laws (NORML) or the Marijuana Policy Project websites for updates.

Four states (plus the District of Columbia) have voted to legalize the possession, consumption, and sale of small amounts of marijuana for recreational use.

Some states have dropped or revised previously existing statutes that classified marijuana possession or use as a crime. Decriminalization varies; some of the states below removed all penalties for possession of small amounts of cannabis while others retained small fines similar to traffic violations but did away with jail sentences. More details on each state’s decriminalization specifics and updates on emerging legislation are available at the Marijuana Policy Project.

These states have legalized the possession and use of marijuana to treat certain qualifying medical conditions. Most medical marijuana states require a doctor’s prescription, a registration card, and “caregivers” and state-licensed dispensaries where cannabis can be purchased. Qualifying conditions vary by state—ranging from epilepsy to post-traumatic stress disorder—and so does the option to cultivate cannabis plants at home. For details on the amount of marijuana possession allowed and the medical conditions that meet state criteria, visit NORML’s breakdown of state medical marijuana policies.

These states have the most restrictive regulations, limiting any accessible use of cannabis to cannabinoid, a medically non-psychoactive drug with extremely low trace amounts (or none at all) of THC. Unlike marijuana, cannabinoid (also known as CBD) can’t get you high—but it can help children with severe epilepsy, cancer patients, and people with severe neuropathic pain. Despite its proven medical benefits, CBD remains politically controversial by mere association with marijuana. According to a March High Times report, the majority of CBD-only states make it nearly impossible to access even this most innocuous, non-psychoactive drug. In every state listed here except Florida, Georgia, and South Carolina, the only qualifying condition for CBD access is intractable epilepsy (i.e., epilepsy that does not respond to any other form of treatment) and even then, most states only allow patients to access CBD in state-sponsored clinical trials. In such states, there often aren’t any state-licensed dispensaries, nor is there a way to find out where clinical trials are being held. The resulting paradox is that CBD is pretty much inaccessible even by those who qualify.

Sorry, Texans. Despite the fact that longtime marijuana legalization advocate Willie Nelson is your Austin neighbor, you ain’t getting legally high any time soon. Texas recently passed a CBD-only law (again, for intractable epilepsy only), but it’s a law that the Marijuana Policy Project has called “unlikely to function without significant changes.” Basically, the law calls for doctors to “prescribe” rather than simply “recommend” cannabinoid. That would require doctors to break federal law and risk losing their medical license. For now, there is no legal way for anyone in Texas to access either marijuana or non-psychoactive medical CBD.

Illegal with penalties and incarceration

In seven holdout states scattered across the country, the cultivation, sale, or possession of pot is still very much illegal for everyone. The states listed below lack medical marijuana programs and still jail people for possession of small amounts. In some of these states, conditional release programs provide an option to avoid jail time in favor of probation and/or community service. For updates on pending legislation that could change pot’s all-over illegal status in these states, check out the Marijuana Policy Project‘s state map.