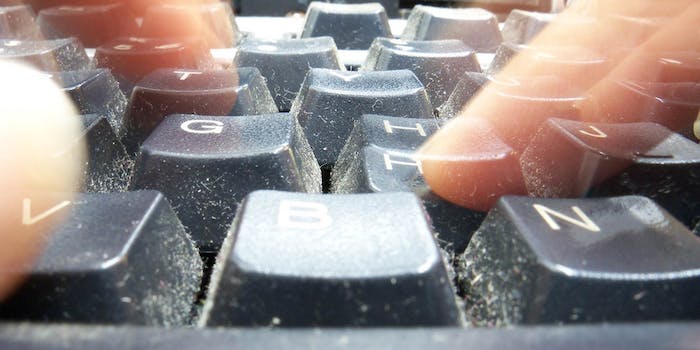 The most embarrassing questions we’re Googling before the Super Bowl

I’m talking about Googling “What time is the Super Bowl?”

Despite the unstoppable coverage and marketing lead-up to the big game, there’s just something about those damn time zones that make us incapable of cementing what time it’s on. If you don’t believe me, here’s proof: 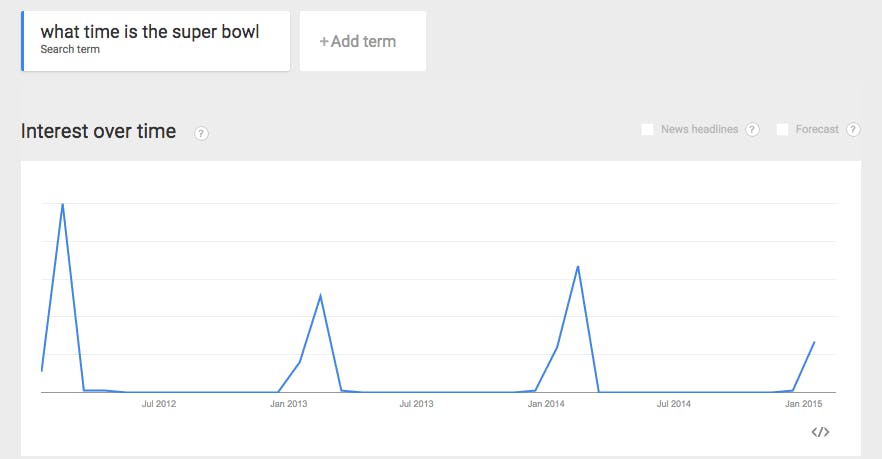 Keep in mind, today’s data is only partially complete: Maybe we’ve gotten even more ignorant since last year (when we apparently took a step back since 2013… or maybe the Super Bowl was just more interesting?).

But the “What time is…” query is a common one. What else are we anxiously Googling before heading to our respective Super Bowl parties? What are we worried someone is going to ask us, as we drape ourselves in just-bought Seahawks shirts or still-tagged Patriots beanies? 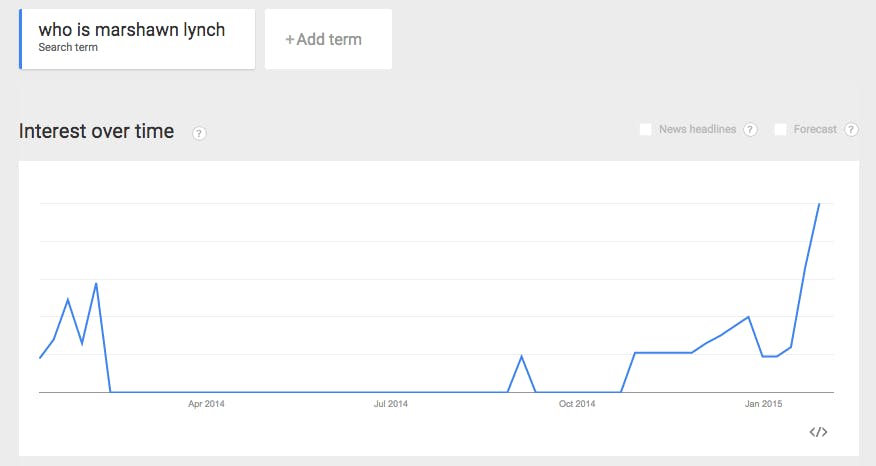 Yikes. A repeat appearance from “Who is Marshawn Lynch?” Given this is his second consecutive Super Bowl appearance, the respective spikes and then complete lapse make sense. Lynch’s media attention (spurred by his outright hate utter apathy for the media) has probably sent all football ignoramuses running for their keyboards. My only request is that you don’t try to show off and break out the “I’m only here so I won’t get fined” video. We’ve all seen it. Enough. 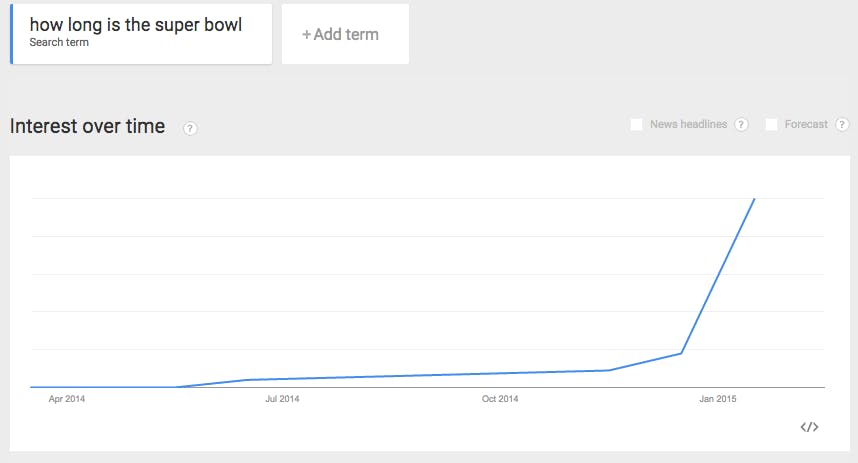 Hahahahahahaha. Oh, friend. Dear, dear friend. Wear your cozy pants, because you’re going to be stuck in someone’s house, sitting on a folding chair, using an unknown bathroom, checking for a place to charge your phone, for a while. Unless you get there early and give up even more of your day, you can kiss a couch spot or outlet access goodbye. 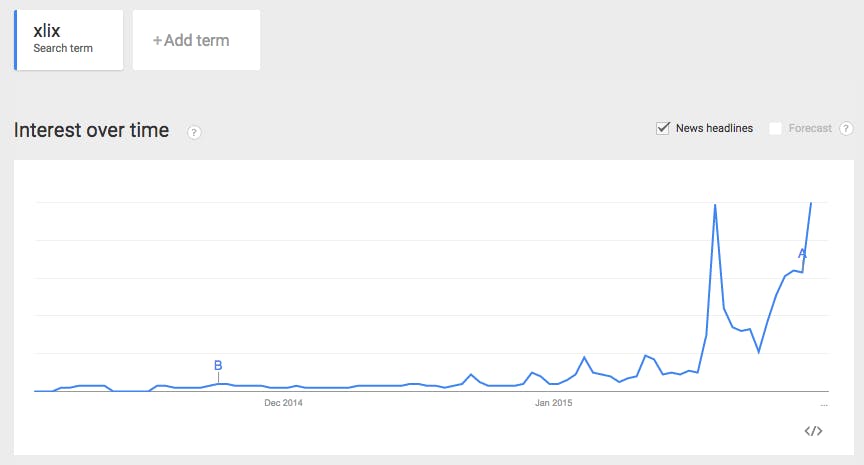 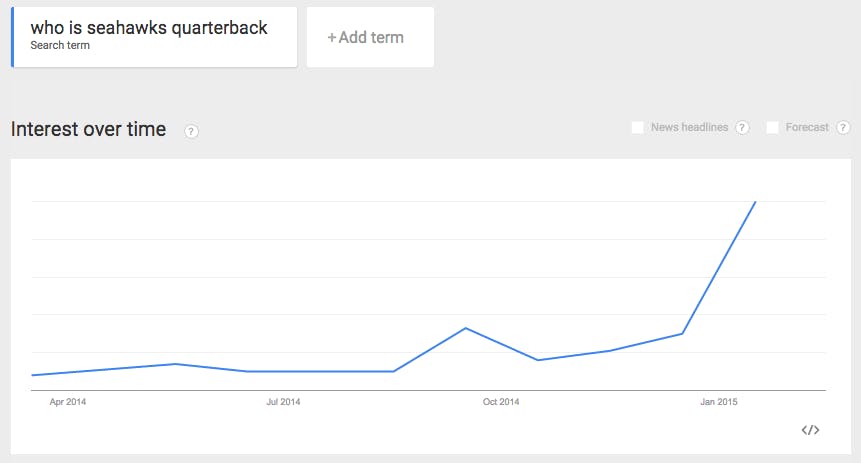 Well, OK, until the last few years, Russell Wilson hasn’t been on our radar. It’s not like he was a college star or something. I’m going to give you the benefit of the doubt on this one. 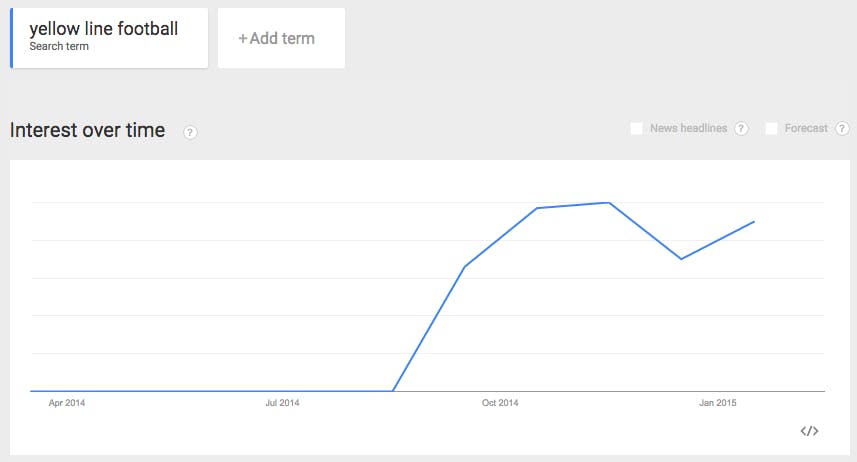 Oh, boy. This isn’t good. Well, at least the spike isn’t terribly recent. Just, uh, talk about how you really think teams should go for it on fourth more. 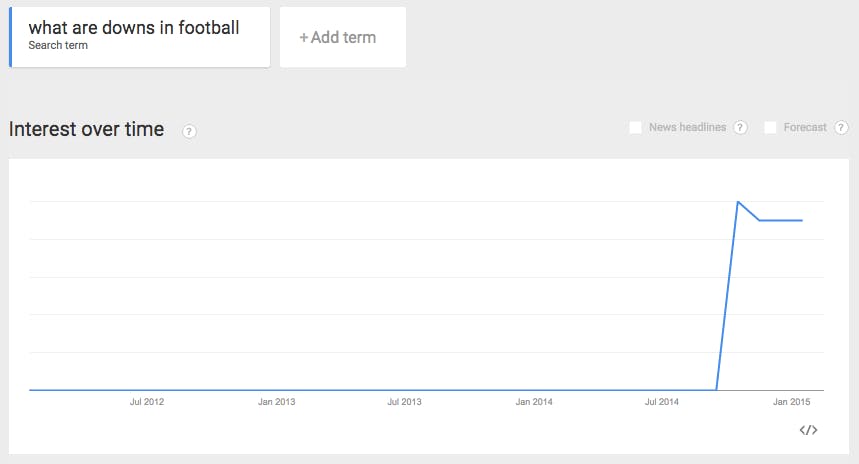 Um, maybe just like… don’t speak. At all. Make the nacho station your home and stay there. 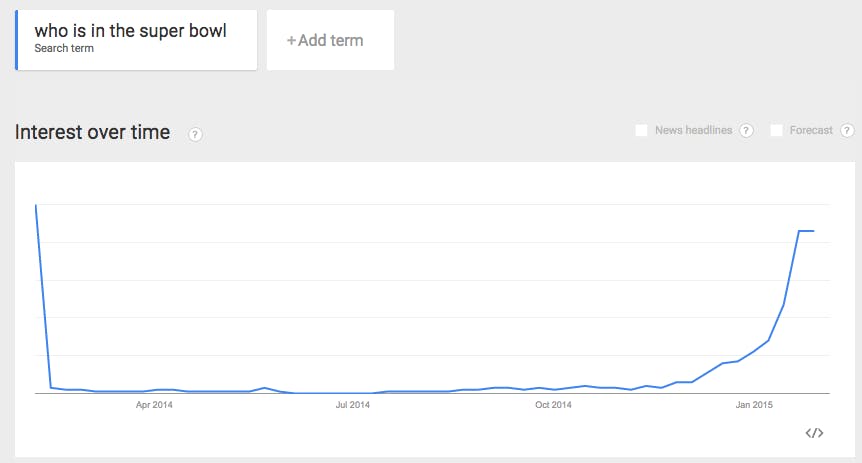 You should probably just stay home and watch the Puppy Bowl.