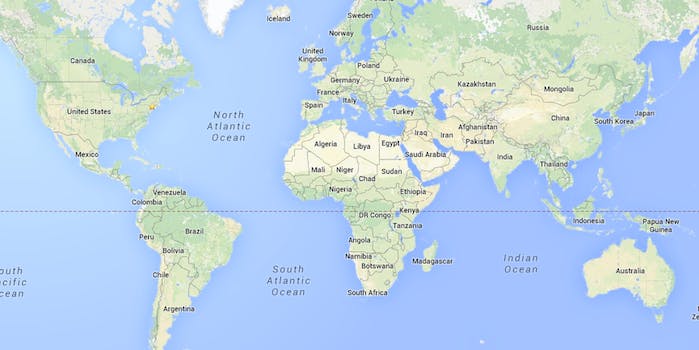 Here are the countries most concerned about ISIS

It's not where you think.

Guess which country has made the most Google searches for the Islamic State of Iraq and Syria (ISIS). Hint: It’s not the United States. It’s actually the world’s largest Muslim country. And it’s not in the Middle East.

Based on Google Trends data collected over the past year, as the threat posed by ISIS steadily rose, the nation of Indonesia outpaces the United States in the intensity of its searches for the terrorist group. This is just one of the many interesting facts about global interest in ISIS that Google Trends yields.

This graph shows regional interest in the search term “ISIS.” The numbers have been standardized based on Indonesia’s search intensity, meaning that, for example, Brazilians search for ISIS at 60% of the intensity of Indonesians. The United States comes in third, after both of those countries. 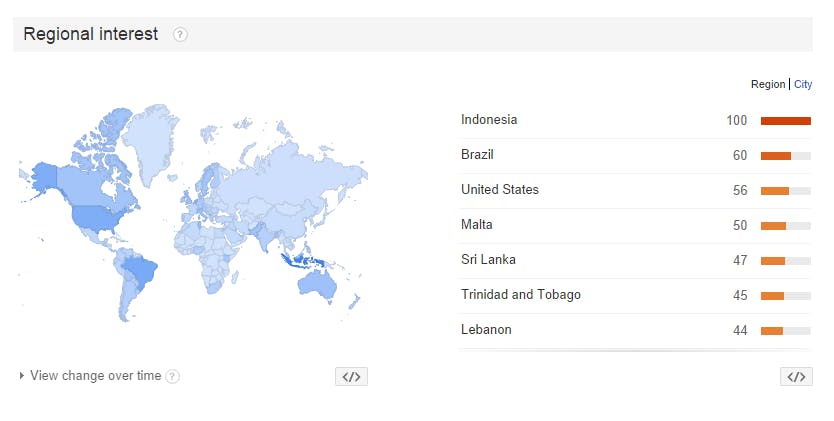 
It is worth pointing out, however, that Brazil’s outsized interest most likely stems not from a concern with the terrorist group but from a fascination with the 27-year-old actress Ísis Valverde, who appears under the country’s “related searches.”

A search for “ISIL,” the acronym for ISIS’s alternate name Islamic State of Iraq and the Levant, contains a similar hidden fact clouding the regional ranking. Peru is by far the most interested in “ISIL,” but this is because of a famous Peruvian university.


After Peru, the countries that seem to care the most about this alternate nickname are Norway and Malaysia, although their searches are a pale shadow of those coming from Peru. (Maybe that university should consider rebranding?)

Individual news events, too, yield revealing search data. This is a graph of regional interest in “james foley,” the name of the first American journalist to be beheaded by ISIS this summer. As you can see, Americans are understandably engaged, but even when it comes to one of their own, Norweigians have Americans beat.


This pattern holds for other search terms as well. In searches for “foley video” and “james foley video,” Norway holds the top spot.

A city-level analysis reveals that world capitals registered the most interesting in search terms related to Foley’s death. The top three cities searching for “james foley” and “foley video” were Washington, D.C.; Amsterdam, capital (though not the seat of government) of The Netherlands); and London.

On June 29, following significant gains in territory and resources, ISIS announced the formation of a caliphate and renamed itself simply “Islamic State.” The Google Trends regional ranking for this search term suggests that the threat of the Islamic State is being felt acutely in Pakistan. Not only are the top two cities Islamabad (the current capital) and Karachi (the former capital, beating out Washington and Kenya’s capital Nairobi, but Pakistan is the top country, beating out Australia, the United Kingdom, Malaysia, and the United States, in that order.