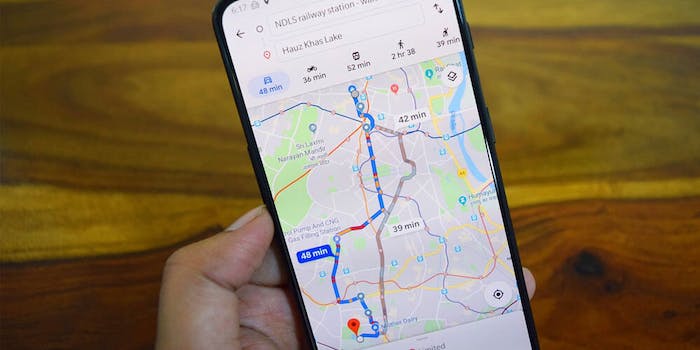 A new update for the Google Maps app for iPhone will now show the location of police speed traps as reported by other users.

The feature, which was already available for Android users, will let drivers decide whether to slow down when they see the speed trap or outright avoid any area with a police presence.

While Google already provided a similar service with its Waze app, the company opted to bring the feature to Google Maps given its massive userbase.

Google had previously received pushback over the Waze app, which law enforcement argued endangered citizens by allowing, among other things, potentially intoxicated drivers to avoid police.

In a statement to The Washington Post, Google spokeswoman Genevieve Park argued that the new feature, in fact, heightens driver safety.

“We believe that informing drivers about upcoming speed traps allows them to be more careful and make safer decisions when they’re on the road,” Park said.

In a statement on Monday, NYPD spokeswoman Sgt. Mary Frances O’Donnell seemed to agree that Google had taken driver safety into consideration. Other police departments, however, have expressed concern over the update.

O’Donnell specifically noted that “the Department has engaged in productive discussions with Google to make information available to drivers that will make roads safer and encourage responsible driving, while not impeding the enforcement of New York State Vehicle and Traffic laws.”

Speed trap notifications aren’t the only new feature though. Google Maps users on both iPhone and Android can now also report other issues including lane closures, construction zones, disabled vehicles, and objects in the road.