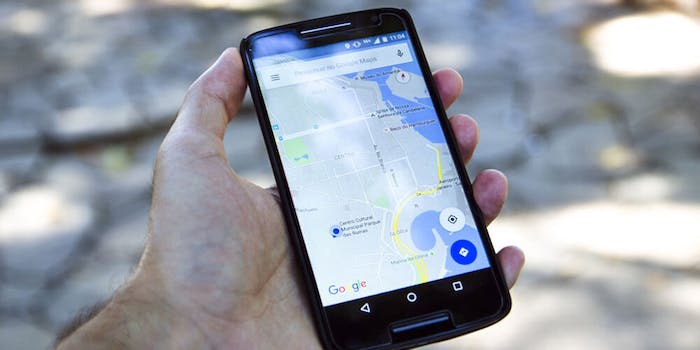 A reported 144 people were lost or stranded in the area last year.

An Italian town has “banned” Google Maps after countless people got lost or stranded while following the app’s directions, Italian media reports.

Baunei Mayor Salvatore Corrias told the ANSA news agency that the navigation app continues to send people down rugged trails not intended for regular vehicle use.

“Too many sedans and small cars get stuck on impassable paths, sometimes even off-road vehicles too,” Corrias said. “All this because you follow the suggestions of Google Maps which, on our roads, are often misleading.”

Just last year alone a reported 144 people had to be rescued by emergency crews after getting lost in the area’s mountainous terrain, located on the island of Sardinia.

Corrias says the repeated and costly rescues have hurt the town financially. In order to combat the issue, local authorities have since placed signs along the problematic roads ordering travelers not to rely on the app.

“Do not follow the directions of Google Maps,” the signs read.

The town has also reached out to Google to complain. In a statement to the New York Post, Google confirmed that it had been contacted by the town.

“We’re aware of an issue in Sardinia where Google Maps is routing some drivers down roads that can be difficult to navigate due to their terrain,” a Google spokesperson said. “We’re currently working with the local government to resolve the issue, and are investigating ways we can better alert drivers about these types of roads.”

In the meantime, Corrias suggests that visitors should either rely on “old paper maps” or enlist the aid of an “expert local guide from our area.”