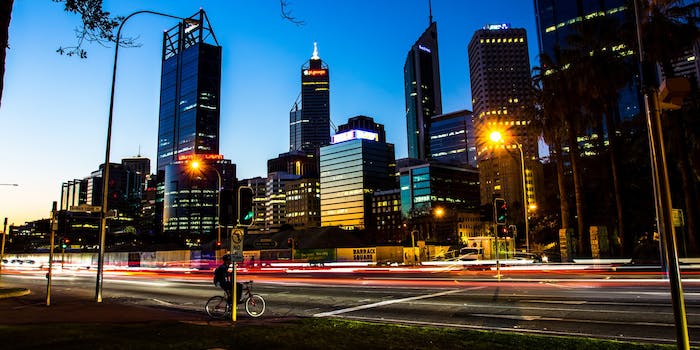 Does Google Fiber have a diversity problem?

Who gets Fiber and why?

Cities the nation over are vying for Google’s high speed Internet service, and it’s worth wondering what exactly those cities look like. A new data visualization experiment from Silk draws from U.S. Census Bureau data cities to see just how diverse Google’s lucky candidate cities for the fastest Internet in town really are.

Google itself hand-picked each of the cities eligible for and already in the process of a Google Fiber rollout. Currently there are nine U.S. metro areas that already have Fiber or are under consideration for Google’s 1,000 Mbps home Internet speeds. 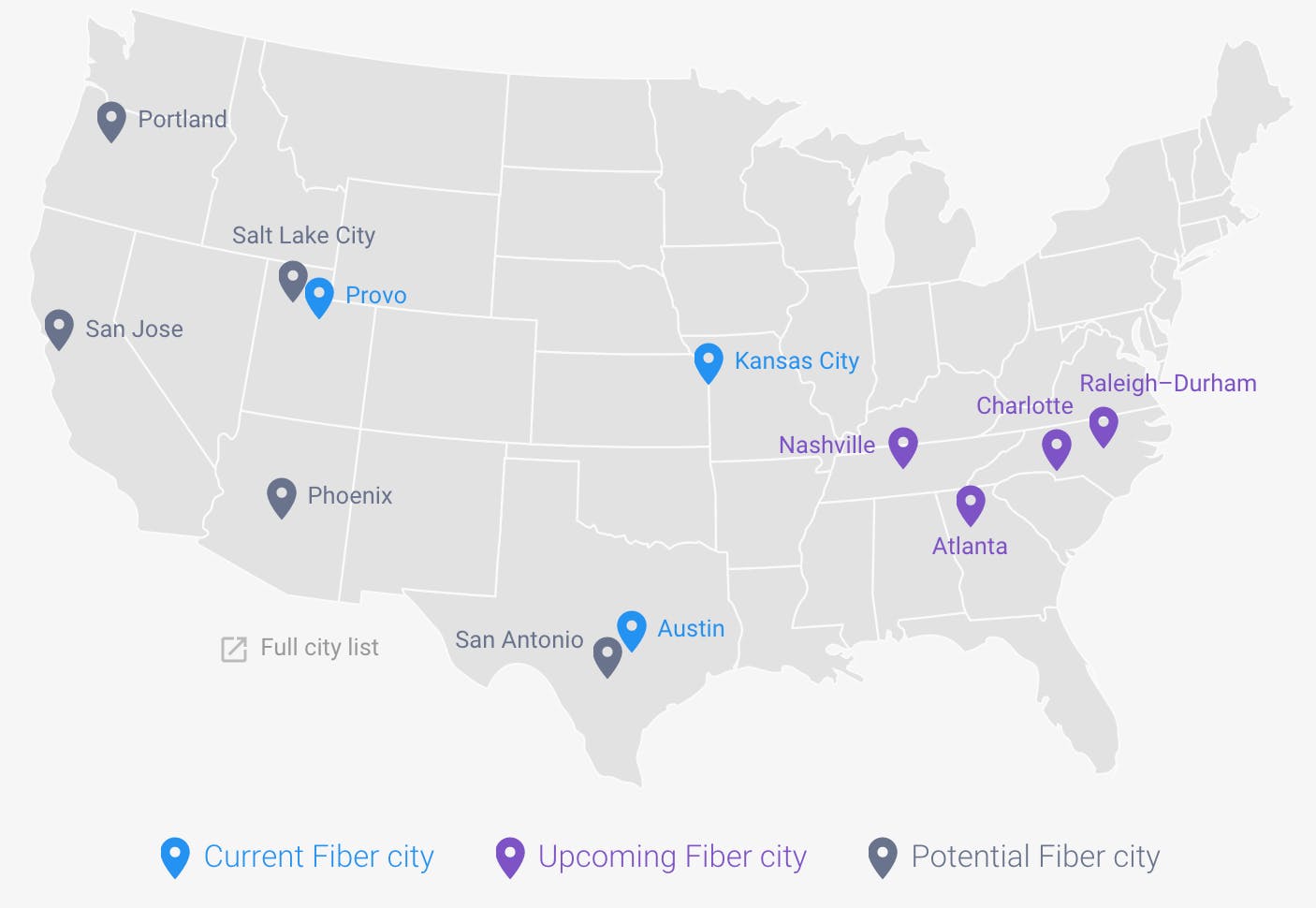 Google’s plan is to install Fiber in urban areas with infrastructure and scale that can support the network technology, so Silk’s data might not be surprising given urban versus rural trends, but it’s still interesting. We’ve pulled some highlights, but it’s worth playing around with the full interactive maps over at Silk. 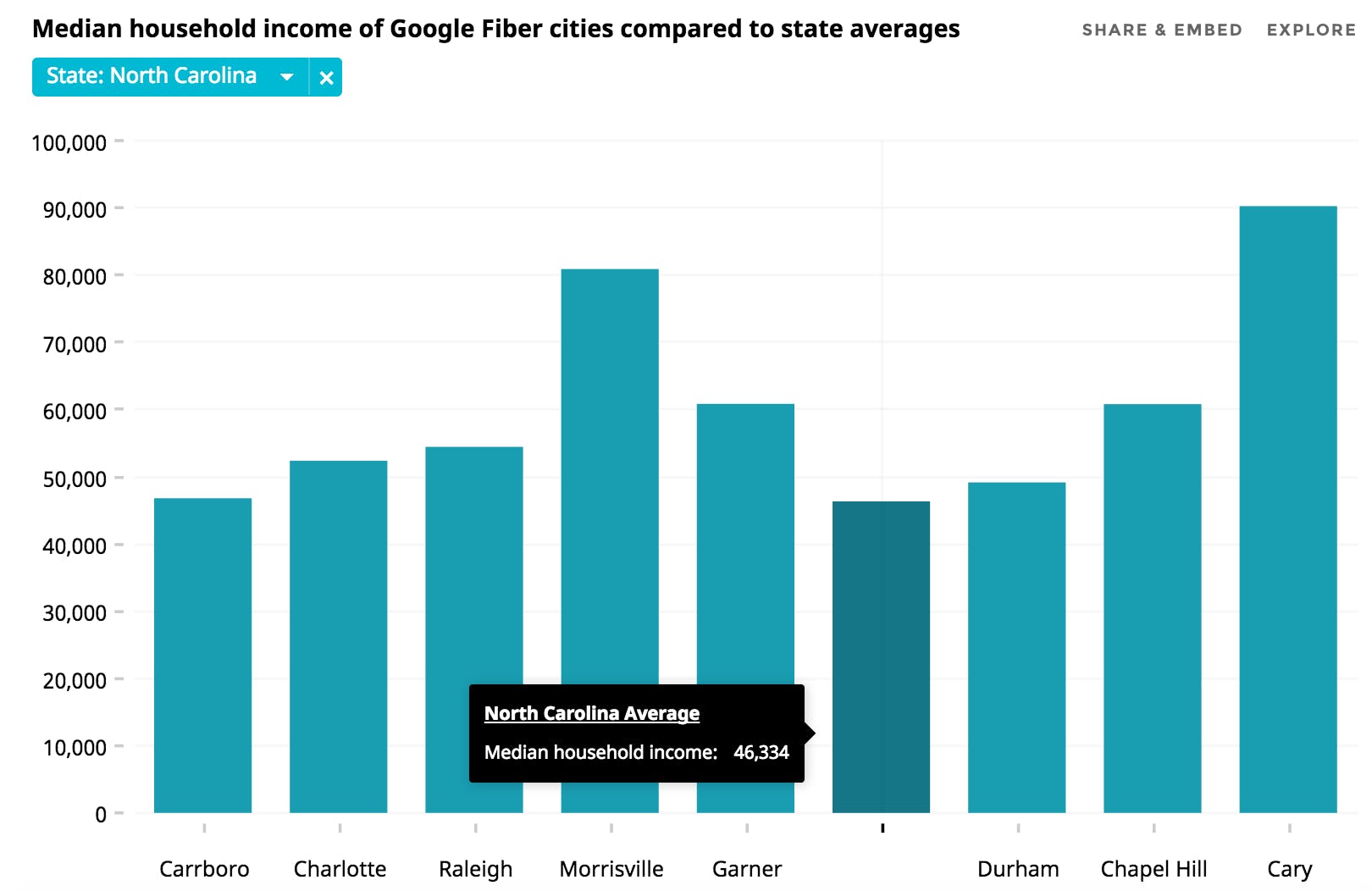 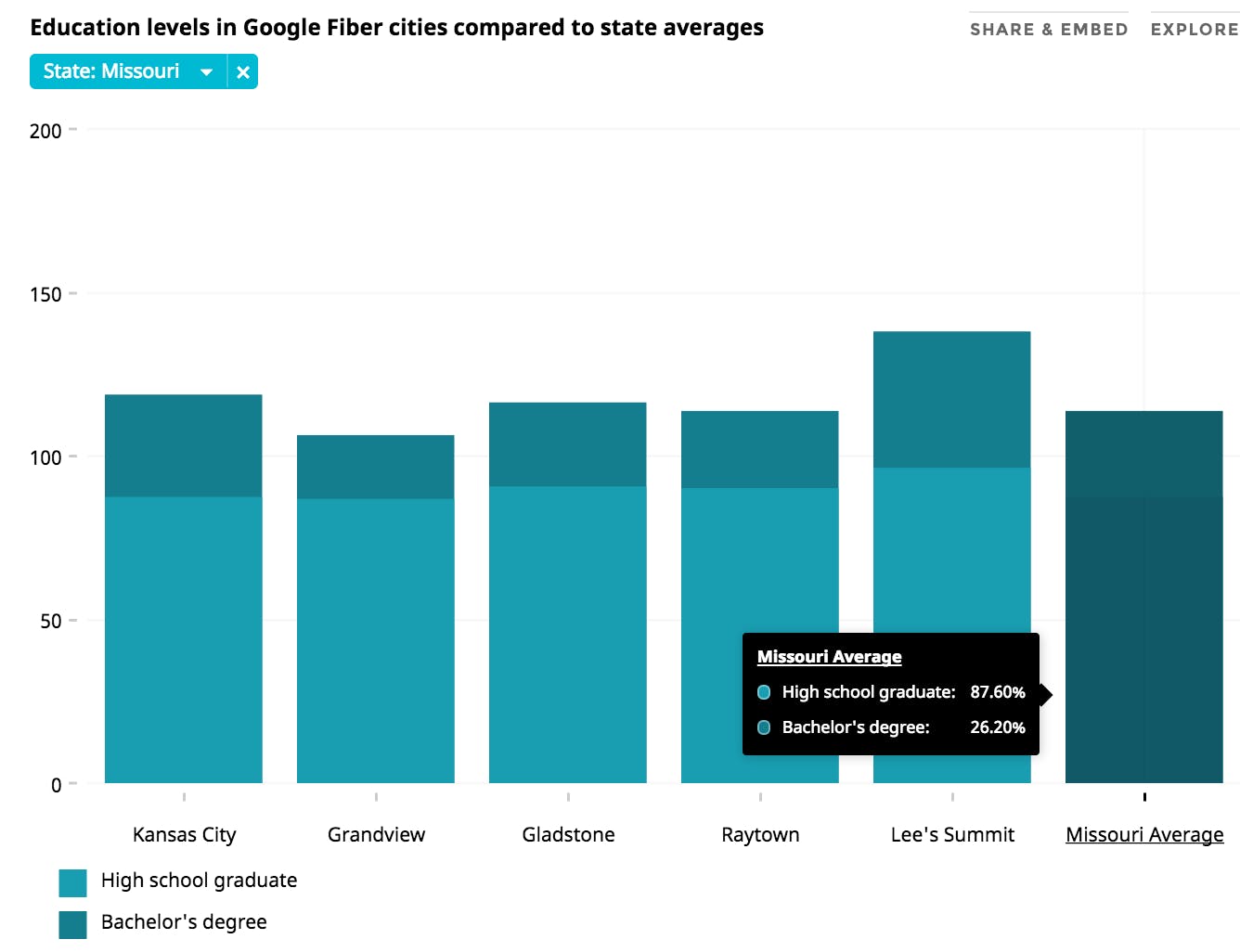 The cities in the running for Google Fiber generally boast higher levels of income and education than neighboring in-state areas stuck with regular old Internet. It’s clear that Fiber’s market-rattling effect on the so-called digital divide won’t be straightforward, we know that much. 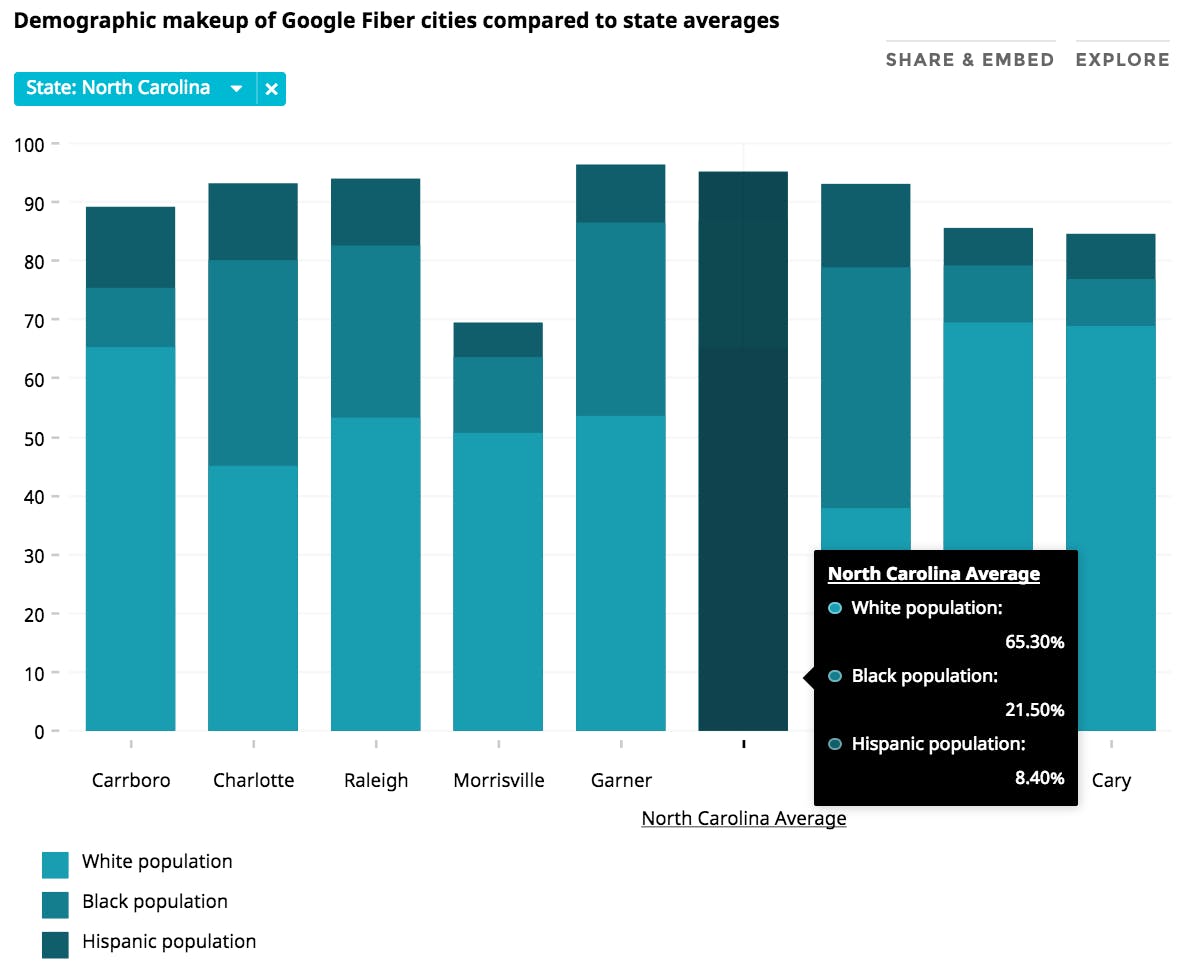 Major Silicon Valley companies—namely Google and Facebook—want to get the entire globe connected to the Internet, for reasons that vary from philanthropic to lucrative. On the surface, Google Fiber might seem like a U.S.-based effort to connect the unconnected, but it’s not really about that—not at the moment anyway.

In the meantime, rural and less dense areas might have to settle for Google’s Project Loon balloons, which aren’t nearly as far off as you’d think.