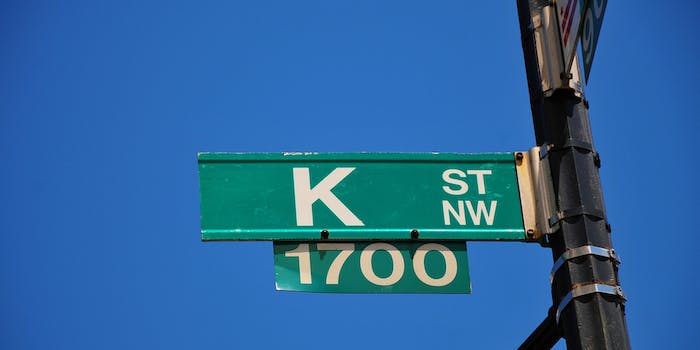 Recent lobbying disclosures show how Silicon Valley is responding to the NSA in Washington.

The summer lobbying season has come to an end. And what a quarter its been for major Silicon Valley technology like Google and Facebook. After Edward Snowden leaked a trove of classified documents revealing how the National Security Agency spied on Americans’ online lives, the companies have spent the last few months lobbying Washington to rein in government surveillance. Their lobbying disclosures tell the story.

As Mother Jones reported, Google, Twitter, Facebook, and Yahoo all filed their mandatory public lobbying disclosures for the period of July 1 to September 30. Snowden’s leaks about NSA spying were first published only a few weeks earlier by the Guardian and the Washington Post.

Google spent $3.37 million lobbying Washington to reform surveillance practices, by far the most of the four major companies. Behind it was Facebook at $1.44 million, followed by Yahoo with $630,000 and Twitter with $40,000.

Though the companies have not declared which bills they are for or against, some informed speculation can be made, considering each company’s services and past statements.

For example, all four companies threw lobbying funds at the Electronic Communications Privacy Act Amendments Act of 2013, which would prohibit tech companies from turning over electronically stored communications of their customers. Under the act, if the government obtains a warrant for a customer’s correspondence, it must notify the customer.

All four companies presumably supported the legislation. Documents revealed by Snowden have shown that the NSA obtains secret court warrants to compel Google, Facebook, and Yahoo to turn over user information. The revelations have been a PR nightmare for the corporations that insist they value user privacy.

Google would likely have the most to lose if the bill passes. Facebook and Twitter users generally understand little is guaranteed in the way of their privacy. Google, however—and particularly Gmail—is still trusted by users to keep personal correspondence private.

It is likely for this reason that, as the disclosures show, Google has also thrown their weight behind the Electronic Communications Privacy Act Amendments’ companion bill in the House, the Email Privacy Act. If passed, the act would force the NSA to get a warrant before compelling tech companies like Google to turn over customers communications. According to Govtrack.us, the bill has only an eight percent chance of passing.

Google is also lobbying over the FISA Accountability and Privacy Protection Act of 2013, which would provide further oversight of the government’s application of the Foreign Intelligence Surveillance Act through which they obtain secret court warrants for electronic communications. Twitter is also putting money towards the issue, though its position and motivations are more difficult to speculate on, as the company does not appear to be affected by FISA.

Another unifying issue for the companies is a push for greater transparency in the application of FISA. Google, Yahoo, and Twitter are putting money towards the Surveillance Transparency Act of 2013, which would require the government to disclose how many Americans are targeted each year for electronic spying.

The only other bill supported by all four companies is the Online Communications and Geolocation Protection Act, which would require that the NSA—or any other government agency—obtain a warrant before accessing a user’s geolocation data. Presumably the tech companies’ lobbyists are all working in support of this bill, as each serving is becoming increasingly involved in geolocation data.

Many of the bills face a slim chance of  passing. And even the millions spent by  these companies are a relative pittance compared to their total warchests. However, they do reflect that the tech companies appear to have some growing awareness of the importance of their customers’ privacy rights in the wake of Snowden’s disclosures.