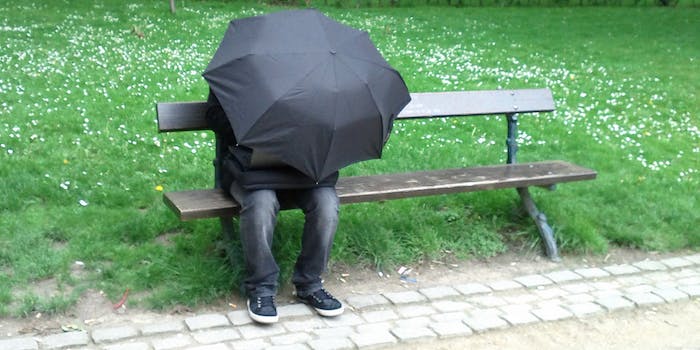 Apple, Google, Facebook refuse to agree that facial recognition should be opt-in only

Do you have the right to opt out of facial recognition? Not yet.

Can you walk down the street without your face being scanned, tracked, and used by a for-profit company that wants to know more about you?

In America, that question remains up in the air.

The biggest tech companies on Earth want to target you with facial recognition software—even if you never give anyone permission to do so.

In U.S. government-led negotiations between privacy advocates and corporations, including Facebook, Apple, and Google, the Silicon Valley giants refused to agree that people should opt in to facial recognition before their faces are stored and used in for-profit databases, the Washington Post reports.

The fundamental disagreement over your right to know if your face is being scanned effectively ended 16-month-long talks between the companies and groups like the Electronic Frontier Foundation (EFF) and the American Civil Liberties Union (ACLU).

“We are convinced that in many contexts, facial recognition of consumers should only occur when an individual has affirmatively decided to allow it to occur,” the privacy advocates wrote in a statement. “In recent NTIA [U.S. Department of Commerce’s National Telecommunication and Information Administration] meetings, however, industry stakeholders were unable to agree on any concrete scenario where companies should employ facial recognition only with a consumer’s permission.”

“At a base minimum, people should be able to walk down a public street without fear that companies they’ve never heard of are tracking their every movement—and identifying them by name—using facial recognition technology,” the privacy advocates continued. “Unfortunately, we have been unable to obtain agreement even with that basic, specific premise.”

On the other side of the table, business leaders told the Post, privacy advocates were too rigid and unwilling to negotiate.

The companies involved have been less publicly vocal about the talks, instead urging that they continue despite over a year of what appears to be little progress on a consensus.

Illinois and Texas already have laws against using facial recognition technology without a users consent, but seven out of eight Americans currently has no such legal right to “biometric privacy.”