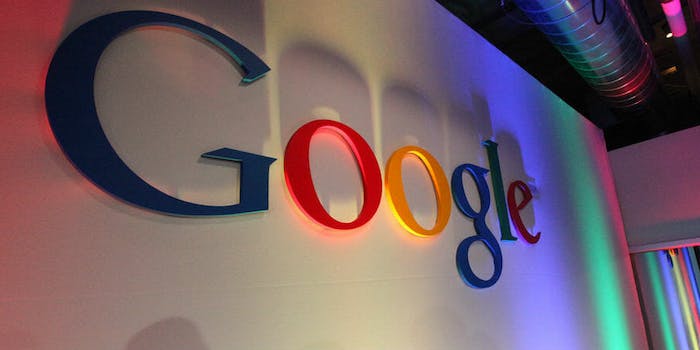 The former employee quit out of fear.

A former Google employee says he left the company after receiving backlash from execs and human resources for posting pro-diversity comments and articles to internal message boards.

In a memo titled, “What happened to Cory?” which was written in 2016 and posted publicly earlier this week, security engineer Cory Altheide explains why, after six years, he unexpectantly left the company. The main reason, he says, is that senior executives at the company forced him to end discussions about “controversial topics” like race, gender, religion, or sexual orientation.

His account opens with a Google executive shutting down a “sadly contentious” internal thread on why gender inequality isn’t about there being a lack of available talent. Altheide writes that two executives, senior VP of technical infrastructure Urs Hölzle and senior VP of ads and commerce Sridhar Ramaswamy, failed to calm discussions. So instead, they killed the thread and posted a message to all those involved.

“As both the tech diversity lead at Google and someone who cares deeply about our workplace culture, I respectfully ask that everyone stop engaging on this thread. [Emphasis his.] While there have been some great ideas and stories shared here, this thread as a whole has turned negative rather than constructive.

Google is not a debate club or a philosophy class. We are a workplace and we have an obligation to make sure our discussions remain respectful. Debates around topics like product excellence can support a wide variety of viewpoints and are great to have. I don’t think the same can be said for debates around sensitive issues such as gender, religion, race, or sexual orientation.”

After discovering an external blog leaking parts of the thread, one written by a “shittily racist/sexist ‘neoreactionary’ Googler,” Altheide said he started a new thread titled “Just Asking Questions.” His intention was to show fellow employees that their coworkers were continuing the discussion but in a way that wasn’t constructive. He included an excerpt from his fellow Google employee’s post, “Blacks are not equal to whites. Therefore the ‘inequality’ between these races is expected and makes perfect sense.”

Altheide’s post was spotted by human resources, he said, who requested his motivation behind it. He explained it was relevant to the industry and continued posting more articles, blogs, and forum threads, adding a footer to “pre-answer questions raised by HR investigations.”

1) My intent in posting this is that it is info relevant to our industry, so, [email protected]

2) To the best of my knowledge this posting is not subject to any prior restraint or requests to not post … it.

It wasn’t long before HR reached back out to him to set up a meeting. When he logged into the video conference, he said he was surprised to see not an HR rep, but Hölzle, the company’s eighth employee. He, in his own words, wanted to discuss Altheide’s “worrying pattern of posting topics that are divisive going back to 2013.” The engineer explained that his posts point out how not everyone is acting in a position of good faith when discussing diversity topics.

According to Altheide, Hölzle wasn’t amused. Altheide says the executive believed his motivation for discussing topics like gender was only to “be right.” Altheide went on to accuse him of being from a “don’t ask, don’t tell school” when it came to diversity.

“This is best summed up by him saying ‘if the majority of your coworkers are Nazis, it is better if you don’t know about it,'” Altheide wrote.

Altheide said he received an email from Hölzle shortly after the meeting that reiterated his demand to stop posting about diversity topics.

“As discussed, from now on I request that you avoid posting on controversial topics,” the email allegedly read. “I believe your intention is to make Google better; nevertheless I ask you to refrain from such posts since they are prone to inciting others to comment in a way which violates our policies.”

Altheide chose to leave the company after the incident because he was “afraid of Urs [Hölzle].”

So far, Google has not commented on the memo or Altheide’s time at the company.

Altheide’s memo lies in stark contrast to a lawsuit recently filed by James Damore, the author of the controversial “Google Memo.” In it, he claims Google discriminates against conservative white men, or those whose perspectives differ from Google management.