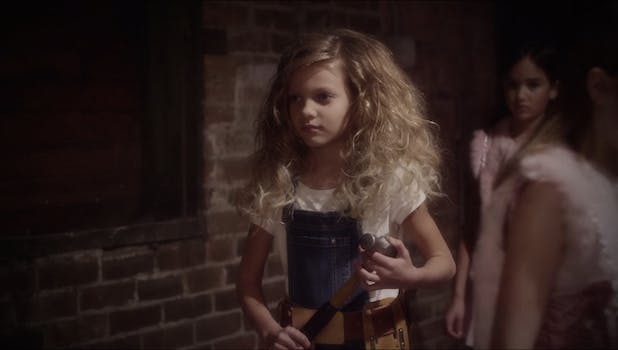 The company behind the viral "Girls" video is back.

GoldieBlox has its sights on taking down the mainstream standard of beauty in a new ad.

The company, whose toys help encourage girls to build, created an Orwellian future not unlike Apple’s famous “1984” ad (something many ads have tried to replicate in the past) which involved young girls dressing exactly alike in pink princess dresses in a dreary doll factory. Here, Big Sister delivers the same message of “You are beauty, and beauty is perfection” while Metric’s “Help I’m Alive” plays in the background, at least until one of them tries to break the mold—literally. (And yes, it appears GoldieBlox actually got Metric’s permission to use the song, unlike the company’s first viral ad, which spurred a legal rift with the Beastie Boys.)

It’s an ad for a GoldieBlox action figure, and it tries to set itself apart from the Barbie dolls it’s trying to criticize by including a zipline with the doll. But as critics will surely note, GoldieBlox undermines its own point by only offering a white, blond-haired doll for people to buy. But she does have a hammer.