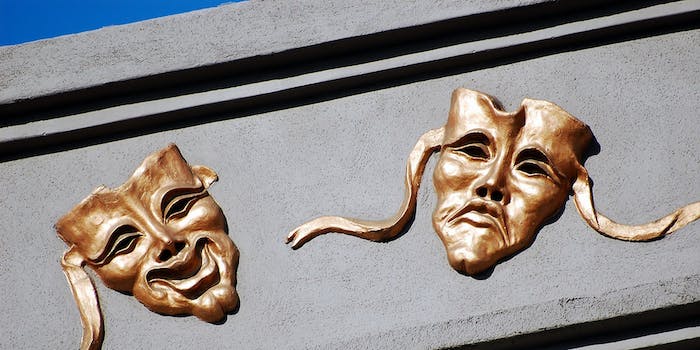 Who knew loops of Spongebob could capture so many feelings?

The GIF’s ascent from a clunky, outdated file format to the darling of Tumblr is hard to explain. Graphic interchange files are large. They load slowly. They do wonky things compressing visual data if color isn’t uniform. Looking at them from a technical standpoint, they should be the scourge of digital design (and platforms like Facebook and Twitter still haven’t found a way to totally integrate them).

GIFGIF, created by Travis Rich and Kevin Hu, shows people two GIF images and asks which GIF better captures a specific emotion, like pride or disgust. It’s almost like a game, and users can vote on as many GIFs as they want. Rich and Hu source their GIFs from Giphy’s database, and use the votes to pinpoint which GIFs best encapsulate specific emotions. 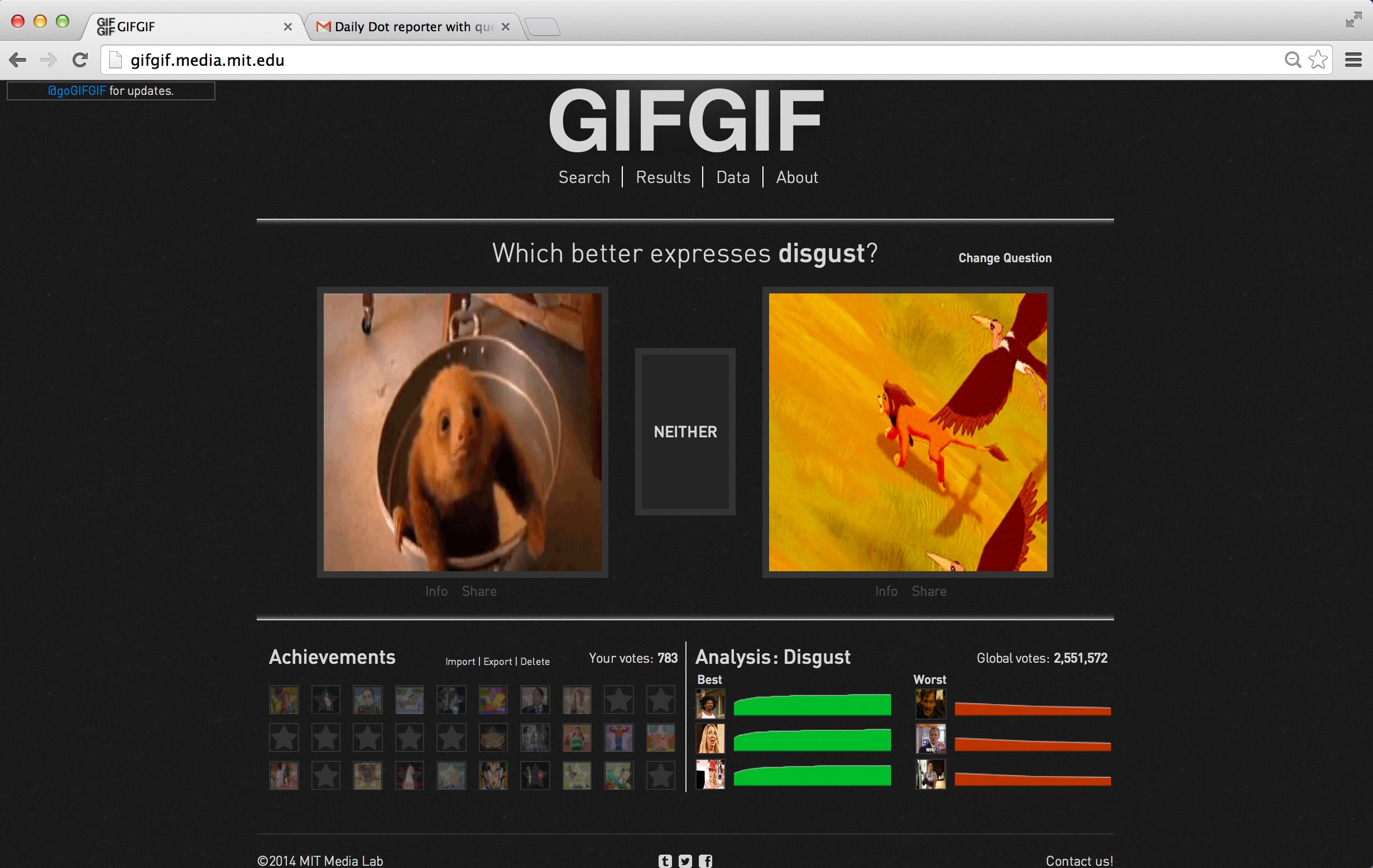 Rich and Hu are publishing what they’ve discovered about how GIFs relate to Paul Ekman’s theory of 17 fundamental emotions later this summer, but they’ve already shared something unexpected they discovered with us. Certain people and animated characters have turned up repeatedly as the most representative of emotions. “It seems certain people or characters are especially good at demonstrating identifiable emotional reactions,” Rich and Hu told the Daily Dot via email, noting Adventure Time characters, Spongebob, and Tina Fey are frequently cited.

At the end of the project, the researchers want to develop an emotion-driven search engine for GIFs. Now, Giphy already lets people search based on what kind of emotional response they want from their GIF, but the GIFGIF project wants to improve that kind of search function to make it easier for people who aren’t well-versed in Tumblr or reaction blogs to pull up what they want.

“We hope that tools like GIFGIF, which use universally understood emotions as the search criteria, will allow people to find what they’re looking for and build their vocabulary without first spending hours and hours on Reddit,” the researchers said.

GIFGIF is still an ongoing project, but it already has a diverse range of people interested in using the results. App developers want to use it to integrate GIF searches into their products, or to put GIF messages into their social apps. University researchers want it for computer-vision work. Some autism researchers even want to use GIFGIF to compare results from people with autism from the general population.

As a file format, GIFs will forever be clunky. But as emotional signifiers, it turns out they’re quite astute.