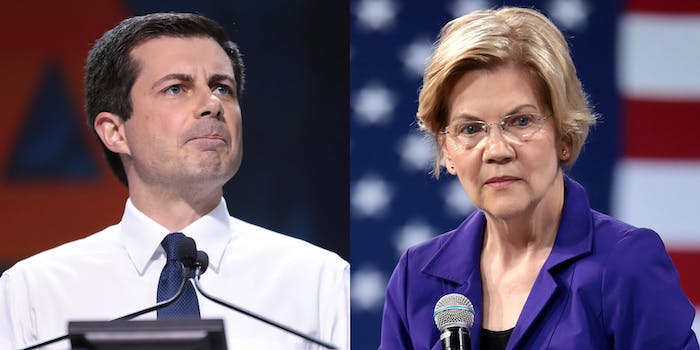 Newsweek reports Zimmerman is claiming Buttigieg and Warren defamed him in tweets on Feb. 5, which would have been Martin’s 25th birthday.

Warren, in a tweet, wrote that Martin should “still be with us today,” adding “we need to end gun violence and racism. And we need to build a world where all of our children—especially young Black boys—can grow up safe and free.”

Buttigieg tweeted similarly, marking Martin’s 25th birthday by adding: “How may 25th birthdays have been stolen from us by white supremacy, gun violence, prejudice, and fear?”

Zimmerman is seeking $265 million in damages, according to USA Today.

Zimmerman was acquitted in the shooting and killing of Martin.

Zimmerman’s suit against the 2020 hopefuls comes just a few months after he sued Martin’s family for $100 million.