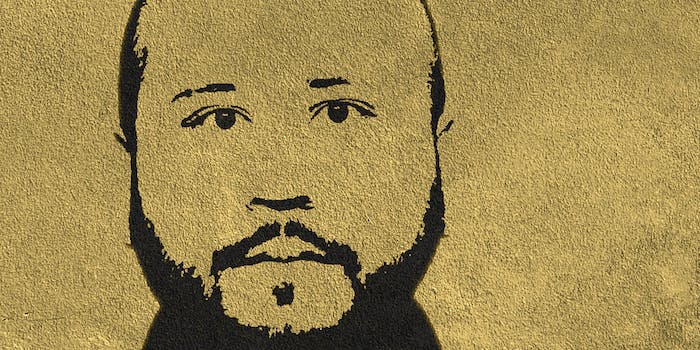 George Zimmerman—the man who shot Trayvon Martin in 2012—called police Thursday after he was allegedly punched in the face by a restaurant customer who accused Zimmerman of bragging about killing Martin.

According to the Orlando Sentinel, Zimmerman, while walking by a table of strangers, complimented the Confederate flag tattoos of a man sitting at the restaurant. The man said thanks and asked him, “Aren’t you that guy?” Zimmerman—who was acquitted of murder under Florida’s Stand Your Ground statute—responded by pulling out his ID.

That, apparently, is when a man approached Zimmerman and asked, “You’re bragging about that?” before later allegedly striking Zimmerman.

In his 911 call, Zimmerman told the dispatcher, “He told me he was going to kill me. He told me he’d fucking shoot me, and he punched me in the face.”

Zimmerman also asked the dispatcher to send “like three or four cops.”

A recording of the 911 call was released by WFTV.

In recent months, Zimmerman sold the gun he used to kill Martin for a reported $120,000, got suspended from Twitter for posting nudes of an ex-girlfriend, and retweeted a photo of Martin’s dead body.