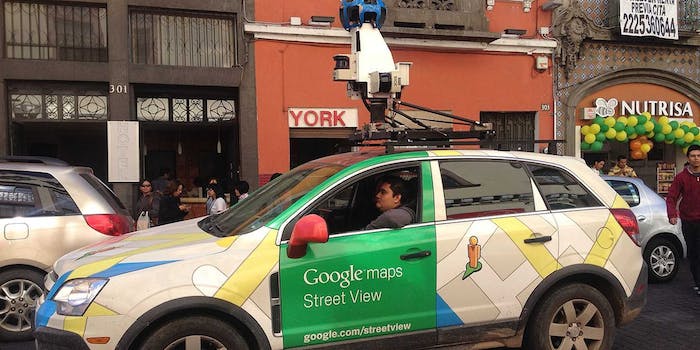 Google’s recent introduction of historic footage on Google Street View allows the bored and curious to take a trip back through the recent past, seeing how cityscapes and environments have changed in the years since Google’s Street View cars became ubiquitous. This is a boon to campaigners and urban historians looking to illustrate sociological shifts—as Alex Alsup did in May, using screenshots to showcase the staggering decline of Detroit in recent years.

Now, Gizmodo has put together a series of snaps showing the polar opposite: the meteoric rise of San Francisco and the wave of gentrification washing over the city.

In the space of just seven years, entire city blocks have been transformed. 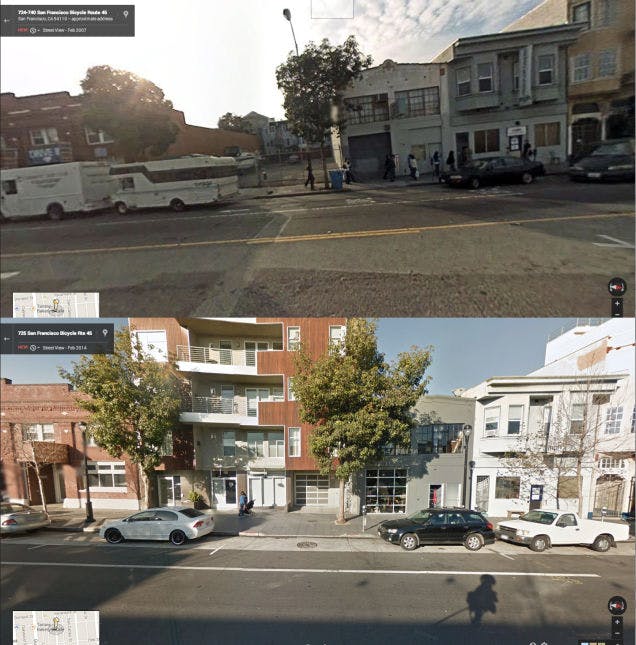 Where vacant lots and abandoned warehouses once stood, there are now glistening high-rise offices and condos.

Gentrification is a contentious issue in San Francisco: Whilst the tech boom has brought some residents prosperity and cleaned up “bad” neighbourhoods, poorer communities have been forced out due to rising rents. 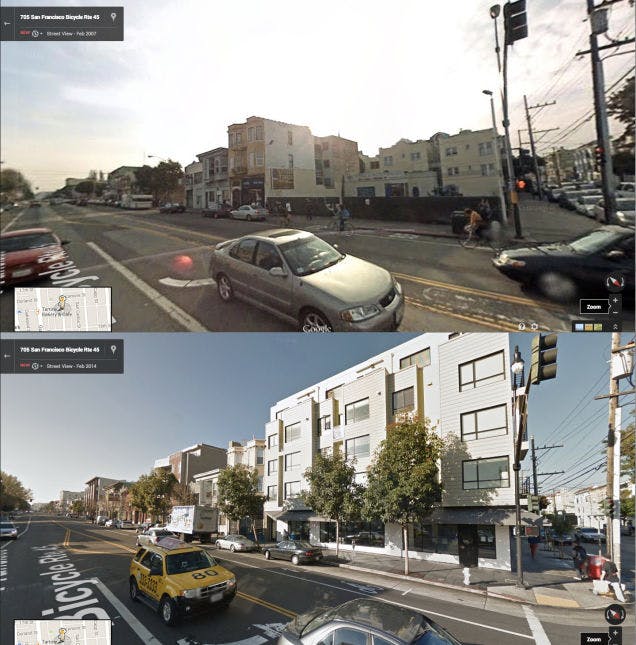 The city has seen attacks on technology company shuttle buses, numerous acts of vandalism and the birth of an organised anti-gentrification protest movement—that has made surreal demands for $3 billion dollars from technology companies. 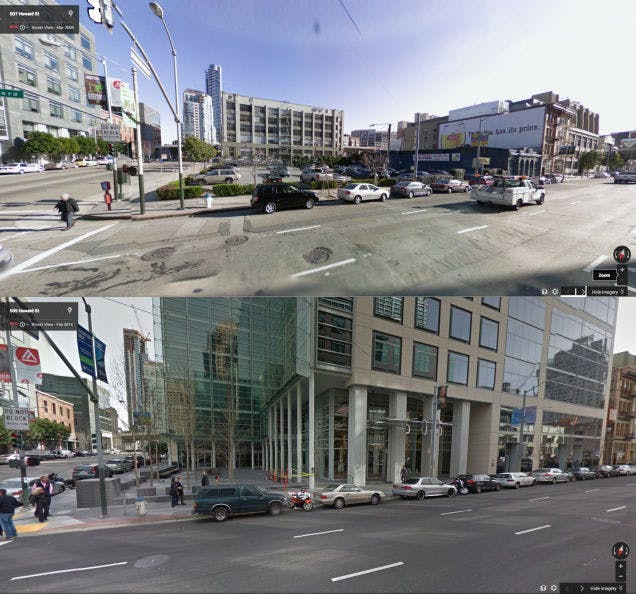 Photo via Padaguan/Wikimedia Commons (CC BY 3.0)