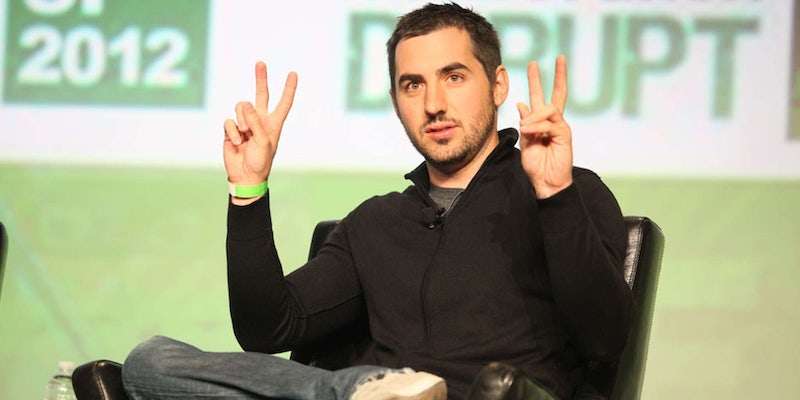 Digg cofounder Kevin Rose was targeted by protesters branding him a “parasite.” Then they asked him for $3 billion.

Protesters claim that Rose invests in startups who then wreak havoc in Silicon Valley and the surrounding area by causing prices to raise. According to a flyer posted by Rose on Instagram, the protesters claim that “young entrepreneurs ravaged the landscapes of San Francisco and Oakland.”

We are the ones who serve them coffee, deliver them food, suck their cocks, watch their kids, and mop their floors, nearly all of them are just like Kevin Rose and we are tired of this miserable and untenable situation.

Rose has responded mainly by tweeting tongue-in-cheek comments about the protests, but has also shown sympathy with some of the ideas behind it.

that said, I did agree w/ them that we need to solve rising rents, keep the SF culture, and crack down on landlords booting folks out.

While these protesters don’t seem to belong to any specific organization, there has been a post by “The Counterforce” on the activist website Indyforce by someone presumably close to the cause.

The post details Rose’s history and “crimes” as a tech founder, before stating a demand:

“We demand that Google give three billion dollars to an anarchist organization of our choosing. This money will then be used to create autonomous, anti-capitalist, and anti-racist communities throughout the Bay Area and Northern California. In these communities, whether in San Francisco or in the woods, no one will ever have to pay rent and housing will be free. […] As it stands, only people like Kevin Rose are given the opportunity to reshape their world, and look at what they do with those opportunities.”

The demand is then followed by an ominous threat:

“We know that your security advisors are taking our analysis seriously, so if you are confident that your system is the best, it would be wise to give us three billion to see if we fail. […] Otherwise, get ready for a revolution neither you nor we can control […] We advise you to take us seriously.”

This protest follows frequent concerns from San Francisco residents who claim that they are being displaced by an influx of rich, predominantly white tech workers. Paraphrasing Alexis Madrigal: They come in, buy everything, and pay off those that complain.

In this case, the protesters probably won’t even get that.