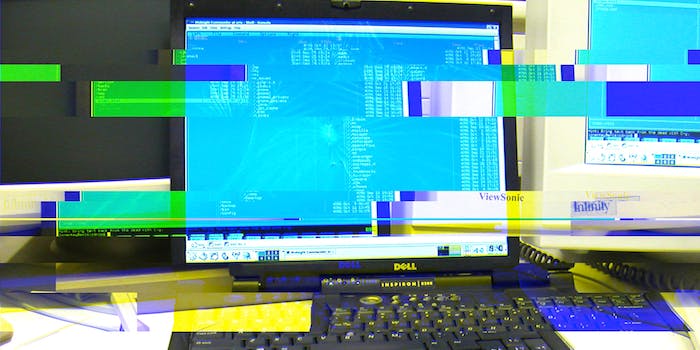 Everything you need to know about the controversy.

As online database Genius evolves from rap encyclopedia to Internet-annotating global presence, there are bound to be growing pains. But when any user can leave digital Post-It notes across personal blogs, that can cause harassment, hate, and harm.

Blogger Ella Dawson, who writes about personal and intimate matters, alleged as much on her personal website. She noted how content owners cannot “opt-out” of the service, meaning they can’t control the fact that annotations are being left on their pieces. Users can comment on content even if the author has disabled comments—as in, they do not welcome user input directly on their site.

(Users cannot change what’s on the site, but by accessing the Genius version of the post—doable with a Genius-specific URL—they can add in their own comments.)

Because of this, Dawson describes how Genius breaks down the walls of the safe space she created via her blog where the rules are no longer hers. “I am nervous to publish this post because I know it will be annotated, and not in good faith,” Dawson wrote on her blog. “I am afraid to talk about how Genius can be used for harassment and abuse because Genius’s code offers no way for me to protect myself from the harassment and abuse I will receive for writing about it.”

Genius promotes itself as a way to facilitate and encourage deeper discussion of media. Ultimately it aims to include the public in analyzing content for a better understanding. The premise itself has the potential to shape the future of journalism and perhaps garner community engagement, but it also has the potential to be misused.

The primary concern Dawson highlighted in her post was not that people could write “mean” or harmful things about her or her work, but that they could do it directly on her site. Without her moderation.

Vijith Assar, a software developer and journalist for the New York Times, caught wind of Dawson’s post. In response, Assar wrote his own code (named Genius Defender) as a temporary solution to the problem. Put simply, the code disables Genius’s annotation features by randomly inserting invisible characters into the content before the page loads, confusing the Genius software. If the writing is suddenly laced with a bunch of new characters, Genius doesn’t know which characters are the “anchors” for the annotations. Thus they get placed randomly at the last moment—it doesn’t technically get rid of them, but it at least makes them incoherent.

Accompanying the open-source code was a blog post of his own describing his motivations. In his post, he agreed with Dawson and was upset by the practices of Genius. “Not everything needs or deserves freeform annotation by users, and some things—some people—may be actively or disproportionately harmed by it,” Assar wrote. He also noted how Genius arranged for their service to be unavailable on some sites, including the New York Times. Despite this, Assar mentions how Genius hasn’t offered a way for smaller or independent writers to opt-in or out. “This means they’re effectively forcing it on everyone,” he said.

As news of the situation spread (largely through Twitter), more people have weighed in, Rep. Katherine Clark (D-Mass.) included. Clark sent a letter Tuesday to Genius CEO and Co-Founder Tom Lehman asking him to “consider how they are enabling abuse and harassment.”

.@slate has a point https://t.co/6FdfBgYGc3 I asked @genius to consider how they are enabling abuse & harassment pic.twitter.com/gqqJqujQB8

Lehman replied to Clark’s letter, assuring her that “abuse and harassment have no place on Genius and are not tolerated.” However Lehman does not believe that Genius enables abuse. “This is a false narrative that has taken hold on Twitter and other outlets,” he wrote.

Although Lehman did not promise any alternatives, he ensured that abuse and harassment are prevented through annotation vetting and tagging Genius moderators. Though he did mention that Genius just implemented a new button that allows anyone to report abuse on any annotation.

Meanwhile Genius recently announced the hiring of its first chief revenue officer, Ronen Shapiro, for its venture into building an advertising business, according to the Wall Street Journal.