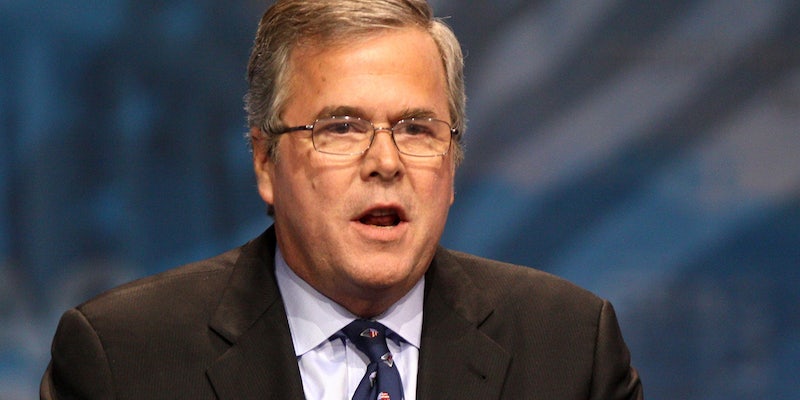 Their statements all seem to warn that gay marriage opens the way for a war against Christians' religious rights.

Arguing that only God can redefine marriage—though not addressing the thousands of legal rights involved in the institution—Huckabee called the decision “irrational” and “unconstitutional.”

Fellow Republican 2016 candidate Jeb Bush stated his opposition to gay marriage and said the important thing now was to continue to allow private businesses to discriminate against gay customers under the auspices of “religious freedom and the right of conscience.”

“This decision will pave the way for an all-out assault against the religious freedom rights of Christians who disagree with this decision,” Jindal argued. “This ruling must not be used as pretext by Washington to erode our right to religious liberty.”

And the gay men's chorus is singing the national anthem on the SCOTUS steps.