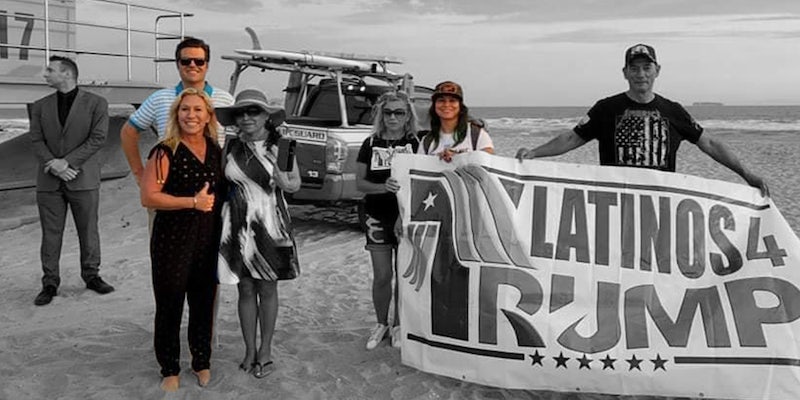 The two posed with Kennedy Lindsey.

A woman who participated in the Capitol riot was photographed this week with two of the most pro-election fraud members of Congress.

Lindsey was revealed months ago as a participant in the Jan. 6 Capitol insurrection by Twitter activist @desertborder

Anti-fascist activist Chad Loder posted the picture of Lindsey with the two congresspeople on Twitter.

Another Twitter activist, @waterspider, worked with desertborder, whose account is now private, to expose Lindsey’s participation in the Capitol insurrection.

The Daily Dot later obtained videos of Lindsey complaining after a D.C. police officer confiscated weapons, who she called a “cuck.” She was also spotted outside the Capitol and on Baked Alaska’s live stream inside.

The Daily Dot subsequently located a second photo posted on Gaetz’s official Twitter account, again with all of them:

Kennedy Lindsey can be seen in the bottom row, with Gaetz on the top, followed by Greene, wearing the same “Pedophile Hunter” hat featured in the first photograph.

There remains little explanation why a documented rioter who openly admits to participating in the Jan. 6 insurrection has received no known attention from federal law enforcement.

In the seven months since the January 6 riot. 535 people have collectively been arrested. Thousands more helped storm the Capitol grounds.

Gaetz and Greene did not respond to requests for comment from the Daily Dot.

Correction: Lindsey’s weapons were confiscated at night, not inside the Capitol. The Daily Dot regrets the error.