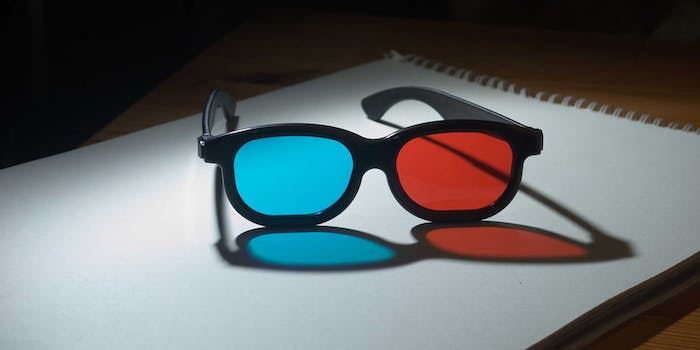 Fyuse wants to introduce a new kind of 3D photography

Fyuse wants to look at the whole picture.

Imagine a version of Google Maps with crystal-clear resolution, or a Vine that lets you rotate and zoom in, like a real-life CSI. That’s not exactly what you’ll get when you capture an image with the new iPhone app, Fyuse, but it is close.

“A video captures time, and panoramas and photographs are very flat in nature. This is a hybrid, a new digital media format that tries to explore space,” says Radu Rusu, the San Francisco-based cofounder and CEO of Fyusion, the startup that produced the app.

The idea behind Fyuse is simple enough, even if the technology it’s built on can’t possibly be. It’s a new way of taking 3D photos, one that blends the increased perspective of a panorama with the three-dimensionality of a video and the static quality of a regular photograph. The founders call this new medium “spatial photography.”

To take a spatial photograph, you tap and hold down on a button within the Fyuse app, much as you would if you were taking a video in Vine. But instead of recording steadily, as a video would, the app takes a series of split-second snapshots at various angles while you move around. Fyuse’s software then blends the images together, smooths out any rough edges and missing pixels, and transmits the three-dimensional result back to you.

Before Fyusion, the company’s three founders—Rusu, Chief Technology Officer Stefan Holzer, and VP of Engineering Stephen Miller—worked together at Willow Garage, the robotics research lab started by early Google employee Scott Hassan. After working for some time on what Willow Garage members referred to as “personal robotics”—robots that could bring you beer or play pool, as well as more serious endeavors like robots that could be controlled with simple eye movements for paralyzed individuals—Hassan decided to turn the lab into more of an incubator, suggesting that the members spin off their technologies into consumer-facing enterprises. Rusu first set out with an open-source 3D perception software startup called Open Perception, of which he is still the CEO.

Fyusion was officially founded last year, and soon after Rusu and his cofounders patented the technology for spatial photography. The company closed a Series A funding round at the end of May, raising nearly $3.4 million from investors, including an angel investment from Sun Microsystems cofounder Andreas Bechtolsheim, according to the Wall Street Journal. The Fyuse team now comprises 13 employees, mostly engineers and designers, recruited from around the globe.

Because Fyuse represents an entirely new way of creating photos, the file type is not your standard JPEG or GIF, and you can’t view the photos via your smartphone or computer’s built-in viewer. The photographs are instead stored in a custom viewing app, or through Fyuse’s website—Rusu compares it to a YouTube for three-dimensional photos. The resulting snapshots can be embedded on any website or blog.

Rusu sees the app having a huge impact on the creative sphere, and cites the 2014 World Cup as an instance when spatial photography could have captured the moment better than any photo or video. “I think if you paint your entire face or body and you take a flat, static picture from one angle, it’s just not enough,” he says. “You want to see yourself immersively, the whole 360 degrees.”

There are also huge applications for e-commerce, for instance, fashion designers who want to showcase a garment from every angle, or real estate listings and Airbnb-type sites that want to make their rental properties seem as enticing as possible. “This tool can be extremely helpful for showing off someone’s products and displaying it, getting a bit more immersed into this experience,” Rusu says.

Eventually, Fyusion plans to add more features, like filters—“imagine a person being in color, but the rest [of the photo] is in black and white”—and the company is currently working on an Android version of the app. And down the line, Rusu hopes he can open up the platform to the Web at large, licensing out the technology to other companies. He’s hoping eBay and Amazon will come knocking, but adds that digital small-fries are welcome, too.

“Monetization will not come from things like social ads,” he says. “Other platforms are very focused on getting users, as many as possible, as fast as possible. We think if we’re providing something that is truly new and enjoyable, you will spread the word.”