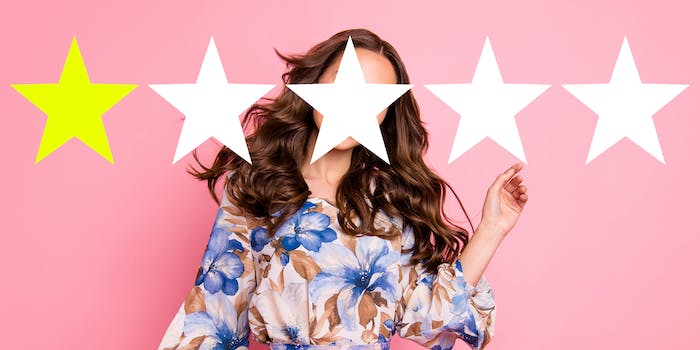 Fashion Nova will pay $4.2 million to settle with FTC over blocking bad reviews from consumers

Fashion Nova was suppressing bad reviews on its website, the FTC says.

Fashion Nova, a fast-fashion clothing brand, will pay $4.2 million to settle allegations that it blocked negative reviews of its products from showing up on its website, the Federal Trade Commission (FTC) said on Tuesday.

The FTC alleged in a complaint that Fashion Nova “suppressed reviews with ratings lower than four stars out of five” on its website for years. The agency said this is the first case that involves a company trying to conceal negative reviews.

Fashion Nova used third-party software to automatically post four-star reviews and five-star reviews on its website, but also hold reviews with lower ratings than that for company approval, the agency said. From late 2015 to November 2019, Fashion Nova did not approve “hundreds of thousands of lower-starred, more negative reviews,” according to the FTC.

Besides paying $4.2 million, Fashion Nova will be required to post all customer reviews of products currently being sold—except ones that are obscene, racist, sexually explicit, or unlawful—and will not be able to make misrepresentations about customer reviews or endorsements.

Samuel Levine, the director of the FTC’s Bureau of Consumer Protection, said the settlement should serve as a warning to other companies that may be suppressing negative reviews.

“Deceptive review practices cheat consumers, undercut honest businesses, and pollute online commerce,” Levine said in a statement. “Fashion Nova is being held accountable for these practices, and other firms should take note.”

In fact, the FTC announced that it sent letters to 10 other companies that offer review management services, noting that suppressing, or not posting, negative reviews violates the FTC Act.

The companies were not named by the agency, but the letter asks the companies to “review your policies and practices to ensure that you are neither engaging in any improper step” or “providing clients with the means to do so.”

Last year, the FTC also made a warning about online reviews. It sent letters to more than 700 companies across various industries warning them that fake online reviews or other deceptive endorsements could lead to fines.

Update 4:45pm CT: In an emailed statement to the Daily Dot, Terry Fahn, a spokesperson for Fashion Nova, denied the FTC’s allegations calling them “inaccurate.” He added that the company agreed to the settlement to “avoid the distraction and legal fees that it would incur in litigation.”

Fahn said the company used a third-party to “auto-publish” star ratings. Ones that were not auto-published would be individually reviewed and published. However, “at one point in time, the company inadvertently failed to complete this process given certain resource constraints during a period of rapid growth.”