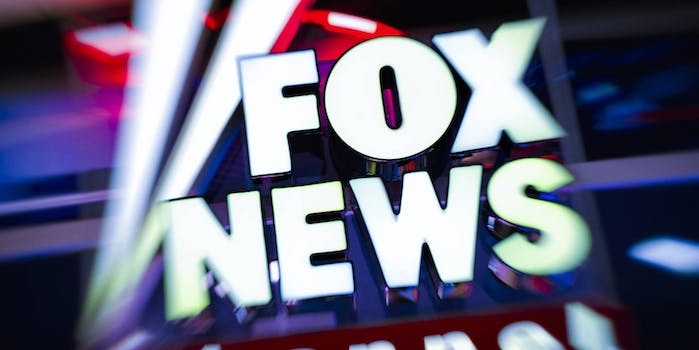 'The rumors I heard in my first week on the job ... was that Roger had the entire office bugged.'

Fallout from the sexual harassment allegations that deposed Fox News CEO Roger Ailes late last month continues to rain down on the company. Now, insiders have begun opening up about what they saw as a persistent state of surveillance inside the media powerhouse.

Recent interviews between CNN and six current and former Fox News employees suggest the notoriously taciturn culture at the company, which has been credited with enabling Ailes’ alleged sexually deviant behavior for decades, was not the result of employee zeal—rather, it was an atmosphere of control prompted by fears of intra-corporate surveillance.

A former Fox News producer, who spoke to the Daily Dot on condition of anonymity, confirmed the widespread rumors of employee monitoring.

“The rumors I heard in my first week on the job and for several years afterward was that Roger had the entire office bugged,” said the source. “Listening devices in the ceiling, on the phones, in the elevators, you name it. Also supposedly some CIA-level software that listened for mentions of his name, or for anyone expressing a liberal viewpoint.”

“Listening devices in the ceiling, on the phones, in the elevators, you name it.”

The source added they never personally saw any evidence to back up the rampant accusations of employee wiretapping. For example, no one who “spoke out of turn” was mysteriously fired the next day.

“But I think that the mere fact that these rumors were allowed to foment, and that the employees took them at least half-seriously is a pretty damning condemnation of the atmosphere of the workplace that [Ailes] was running,” the source said.

None of the current and former Fox News employees who spoke to CNN offered up any concrete evidence to support the surveillance allegations, either. The “fear” of being monitored, however, is pervasive throughout the company, they said. One source, described as a network “personality,” told a senior reporter at CNN: “We all believe our phones are tapped and that we are monitored.”

Another said it was widely believed “clicks” heard on office phones were “coming from the inside.”

Citing a senior source at the network, New York Magazine reports that during his 20 years as CEO, Ailes diverted funds from the Fox News’s budget to hire political operatives and private detectives to investigate his enemies. A highly placed source additionally confirmed the existence of what Fox News insiders commonly refer to as “the Black Room,” an apparent operation to monitor and smear the reputations of individuals targeted by Ailes.

Brian Stelter, a former media reporter for the New York Times and current host of CNN’s Reliable Sources, claimed on Tuesday that a Fox News staffer he once dated was spying on him for the company.

“Because I was a reporter on the beat, they were actually spying on me that way,” said Stelter, adding he didn’t think it was a “big deal” at the time. “I thought it was the way Fox operates. Fox is a political organization. But now we know they were actually sending out private investigators. They were tailing other reporters.”

Ailes, who resigned as Fox News chairman on July 21, has denied the allegations of sexual harassment raised by former host Gretchen Carlson and many other women at the network, including as of Monday Fox anchor Andrea Tantaros.

Fox News did not immediately respond to a request for comment.