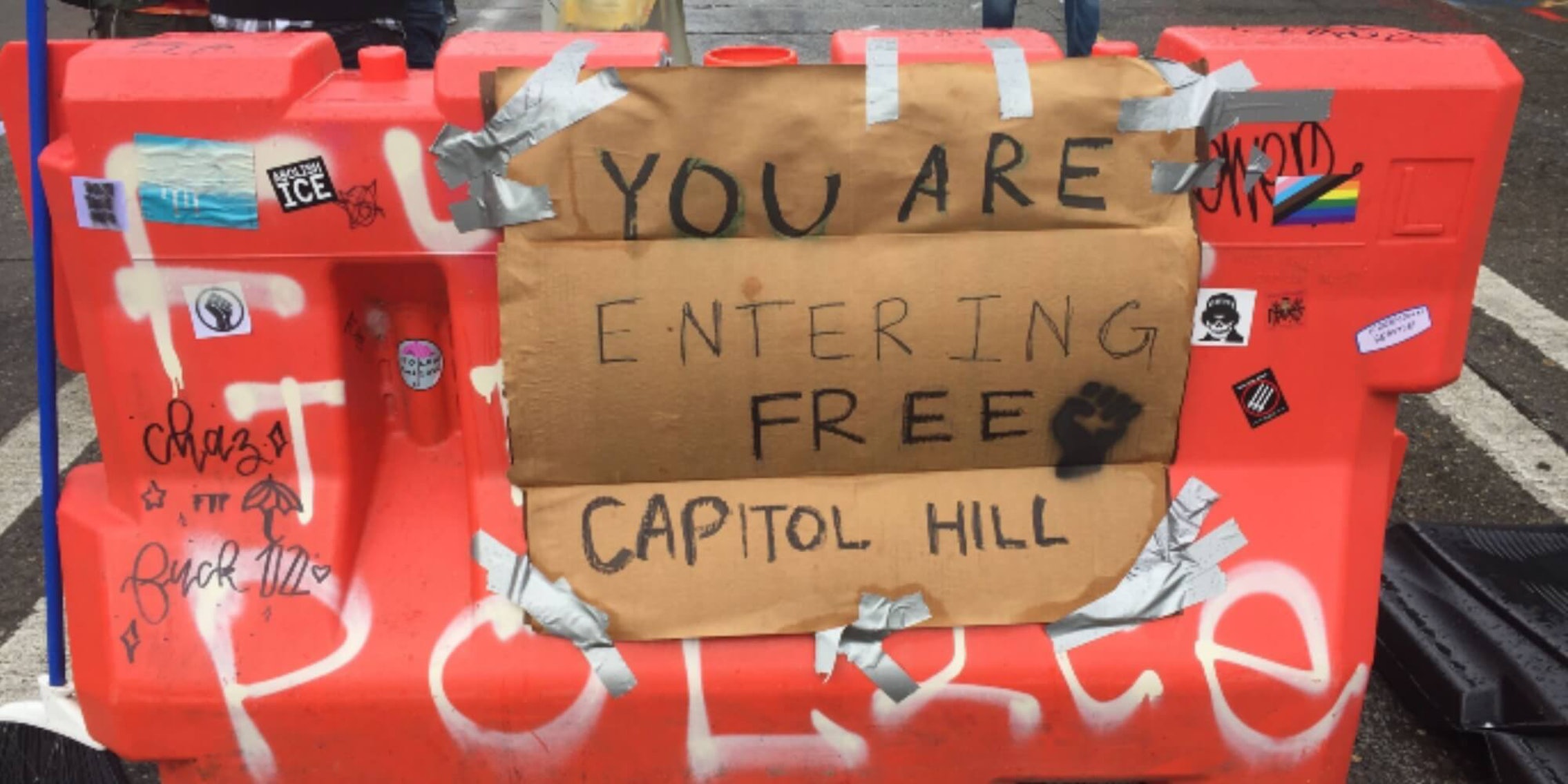 The media outlet says it 'regrets these errors.'

Fox News is under fire for Photoshopping an armed man into numerous photos used in stories about Seattle’s “autonomous zone.”

The photos, which were featured on the network’s website Friday, digitally placed a man with a military-style rifle in several settings without informing readers of the alterations.

The armed man, according to the Seattle Times, had first been photographed on June 10 inside what has been dubbed the Capitol Hill Autonomous Zone (CHAZ).

In one photo, Fox News placed the individual in front of a smashed window that had been photographed on May 30 in the city’s downtown. In a second image, the gunman was Photoshopped in front of a sign at the entrance of the autonomous zone.

In another instance, the media outlet even showed a picture of a burning building from Minnesota above a series of articles about ongoing protests in Seattle.

After being questioned over the matter by the Seattle Times, Fox News removed the imagery.

“We have replaced our photo illustration with the clearly delineated images of a gunman and a shattered storefront, both of which were taken this week in Seattle’s autonomous zone,” a Fox News spokeswoman said.

But that doesn’t appear correct. The Seattle Times notes that the image of the shattered storefront had originally been taken on May 30.

Fox News latter added an editor’s note to stories that had featured the manipulated pictures.

“A FoxNews.com home page photo collage which originally accompanied this story included multiple scenes from Seattle’s ‘Capitol Hill Autonomous Zone’ and of wreckage following recent riots,” the media outlet explained. “The collage did not clearly delineate between these images, and has since been replaced. In addition, a recent slideshow depicting scenes from Seattle mistakenly included a picture from St. Paul, Minnesota. Fox News regrets these errors.”

“I think it’s disgraceful propaganda and terribly misrepresentative of documentary journalism in times like this, when truth-telling and accountability is so important,” Irby said. “There is no attribution. There is no acknowledgment of the montage, and it’s terribly misleading.”

The incident comes as CHAZ, the six-block area overtaken by protesters on Monday, takes center stage in the national debate over police violence.