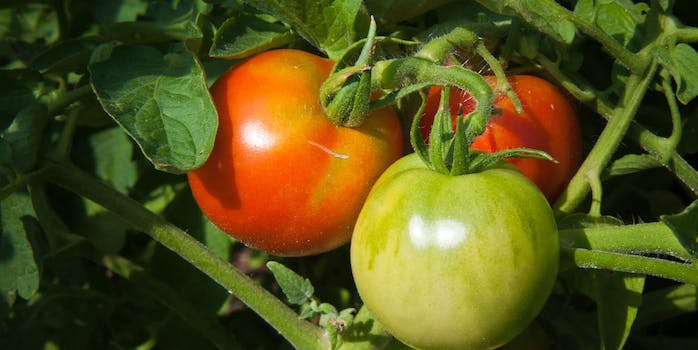 Civil rights protesters in Seattle have taken over several city blocks to create what they call the Capitol Hill Autonomous Zone, or CHAZ.

Within the zone, billed as what society could look like without police, they have a “no cop co-op” where food and supplies are free, a medic station, and a smoking area. There’s even a small garden.

That garden is driving conservatives wild.

For reasons that are not entirely clear, they can’t stop tweeting about it. Many seem to have become master gardeners overnight—in turns expressing amusement and grave concern over the fledgling vegetable patch.

Presumed 4-H alum Tim Pool, a Chicago native, tweeted of the small garden, “I mean this with all seriousness. Can we get a reality TV show out of this? Like, do they even have Google to look up how to farm?”

Others have piled on.

While some are “excited” for the harvest, others are just oddly concerned for the plants’ welfare, though perhaps their concern is warranted.

For, as several pointed out, no one seems to have brought a tiller to the protest.

“That is dirt on cardboard,” observed @amoneywilson.

One Twitter user went so far as to pen an entire “commie farming thread” hit piece about the garden. They even coined a new term, “meme plants,” which context indicates refers to plants that provide fewer calories than cultivating them consumes, and not, as one may assume, memes about plants.

As a few noted, the Seattle protesters should probably assign someone to irrigation, because newly-transplanted seedlings are about as thirsty as a Kardashian on Instagram.

But at least the gardeners of CHAZ aren’t wearing stilettos while they hoe. So there’s that.

Clearly, conservatives’ concern for the garden is 100% serious and not at all an attempt to cast the protesters as inept city folks ignorant to the natural order of things.

Because only people genuinely distraught over the welfare of vegetables would tweet, “This plant’s life matters!” or “Folks ask me why I’m a carnivore… it is because deep down I know I could never inflict this type of horror upon an innocent plant.”

Why, there’s even a GoFundMe—for the utterly sincere sum of $300,000—to rescue just one of the plants in CHAZ.

“This poor innocent plant has been taken hostage by the unwashed hippies of CHAZ, and is being tortured by lack of food and tilled soil, as well as a COMPLETE lack of Brawndo,” the Rescue the CHAZ Potted Plant GoFundMe reads.

(Brawndo is the drink in Idiocracy that marketers falsely claimed was a safe alternative to water for plants, leading to a global food shortage.)

One person has extended an actual offer to help advise the fledgling gardeners.

As of press time, it’s unclear if anyone has accepted the offer.