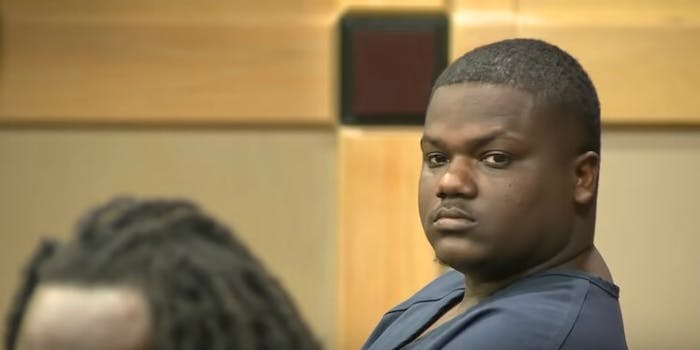 He threatened Trump over Soleimani's death.

A Florida man has been charged for making death threats against President Donald Trump during a Facebook live stream.

Under the handle “BlackMan vs. America,” Lump made several threats against the Trump.

“He killed my leader, please tell me where is Donald Trump?” he said while flashing an AK-47. ” I have to kill him. … Do not play with me.”

Lump is claiming that it was “all intended to be a joke.”

Lump donned a creamy white face and wrapped a towel on his head like a turban. He also appeared to be wearing a shower curtain around his body while Middle Eastern music played in the background.

Along with death threats against Trump, Lump also made direct threats to Broward County. Trump was staying nearby at Mar-a-Lago.

Lump’s tune quickly changed while in custody when he realized the gravity of the situation.

He later admitted that it was meant as a “joke” and told law enforcement that “I shouldn’t have did it in the first place.”

A court affidavit does confirm that Lump has a concealed weapons permit.

Lump faces federal charges and is remanded without bond. He is expected to appear in court on Thursday, Jan. 16.