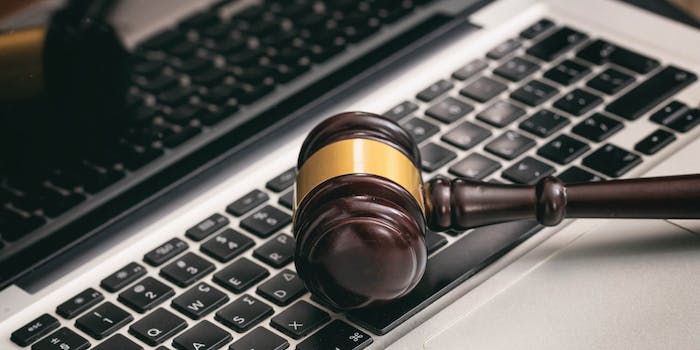 Lawyers in Florida are being prompted to “treat court hearings as court hearings” after multiple lawyers signed on to Zoom inappropriately dressed.

Court appearances are shifting to the digital sphere as COVID-19 continues to force people into isolation. Like many businesses, legal proceedings are turning to Zoom and other services to adhere to social distancing guidelines. While some professional workplaces are encouraging employees to enjoy the break from business attire, courts are not among them.

At least one attorney recently appeared at a virtual court hearing completely lacking a shirt. Another logged into his Zoom meeting while still under the covers in bed. These occurrences, among others, prompted a Florida judge to remind lawyers of the need to remain professional even during digital proceedings.

“We’ve seen many lawyers in casual shirts and blouses, with no concern for ill-grooming, in bedrooms with the master bed in the background,” Broward County Judge Dennis Bailey wrote in a letter to lawyers. “And putting on a beach cover-up won’t cover up you’re poolside in a bathing suit.”

Even virtually, a courtroom is still a courtroom, a fact that some lawyers appear to be struggling with. Bailey’s open letter to lawyers addressed this fact, and emphasized that hearing are not “casual phone conversations.”

“The judges would appreciate it if the lawyers and their clients keep in mind these Zoom hearings are just that: hearings,” he wrote. He addressed some of the issues that have arisen as courts work to adjust to the digital world. Lags, problems with audio, and technical glitches run rampant.

“Often, lawyers are not looking at their screens but down at their files, their outlines and notes, or simply out the window, and cannot see the judge is hollering ‘Stop! Stop!’ because an objection has been made and the audio stays with the witness rather than obeying the judge,” Bailey continued in his letter. “If all this sounds like a challenge, it is.

“At the end of the day, we conduct these hearings as best we can, knowing we’re running on one of those miniature spare tires we pulled from the trunk rather than a ‘real’ tire. We’ll get there, but it may get a little bumpy along the way,” the letter concludes.