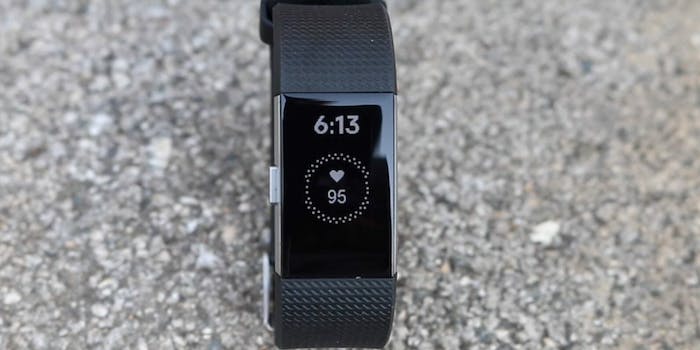 A Fitbit feature helped save a woman’s life earlier this year.

Patricia Lauder, a 73 year-old from Connecticut, called 911 when her Fitbit started displaying abnormally high resting heart rates. While some people might suspect such discrepancies are caused by a hardware malfunction, Lauder was not going to take any chances.

Her trust in Fitbit saved her life.

When she called the ambulance, Lauder’s resting heart rate was hovering around 140 beats per minute, significantly higher than the 60 to 70 she was used to.

Medical staff confirmed the results of her Fitbit on the way to the hospital.  Lauder later learned that her abnormality was caused by blood clots in both of her lungs. Those clots were decreasing blood flow and causing Tachycardia, a potentially dangerous condition that causes your heart to raise above 100 beats per minute. Lauder had been experiencing shortness of breath, and would later learn her heart had enlarged by 65 percent.

“Finally, my resting heart rate got to the point where a simple chore was a big effort,” Lauder told CNN.

She was immediately given clot dissolving drugs, which got rid of both clots, and returned her lungs and heart back to normal in just 24 hours.

“Because of the clot, initially, the pressure in her right ventricle was very dilated and not functioning well,” Dr. JuYong Lee, director of vascular and endovascular medicine at UConn Health Calhoun Cardiology Center, told CNN. “I think the Fitbit actually helped her decide whether or not this was a serious condition at that time. This condition is very critical and she may have actually died if she had not sought medical attention.”

Heart rate monitoring became a standard feature in most fitness trackers and smartwatches a few years ago, and it has already been credited for saving many lives. Early last year, an 18-year-old student in the U.K. discovered she had an undiagnosed heart condition when she noticed her heart rate had tripled. In April 2016, doctors were able to pinpoint exactly when a patient’s heart rate spiked with logged data from his Fitbit, and used that info to provide appropriate treatment.

Fitness trackers aren’t for everyone, but as these life-saving incidents go to show, it might be useful to have one anyway.