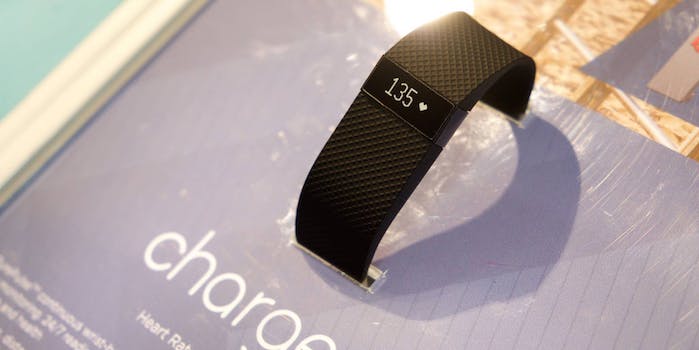 This man’s Fitbit may have actually saved his life

Consulting his fitness tracker may have saved his life.

For the first time ever, doctors used data collected from a fitness tracker in medical decision-making and potentially saved a man’s life. Thanks to the heart rate monitor on the patient’s Fitbit Charge HR tracker, doctors could quickly determine a course of treatment and reset his heart back to its normal rhythm.

A 42-year-old man was admitted to Our Lady of Lourdes Medical Center in New Jersey following a seizure. Doctors realized he had atrial fibrillation, a fast and irregular heartbeat, but it was unclear whether this was a common occurrence or whether the seizure caused his heartbeat to become irregular.

This matters because if the arrhythmia occurs less than 48-hours prior, doctors can safely perform electrocardioversion, use an electrical current to reset the heart rate back to normal; but if not, it could potentially dislodge a blood clot that develops through chronic fibrillation, medGadget explained.

To determine the time the patient experienced the fibrillation, doctors consulted the Fitbit Charge HR.

Thanks to the data provided by the device, doctors realized it did happen recently and thus could safely perform electrocardioversion. The man was discharged soon after. 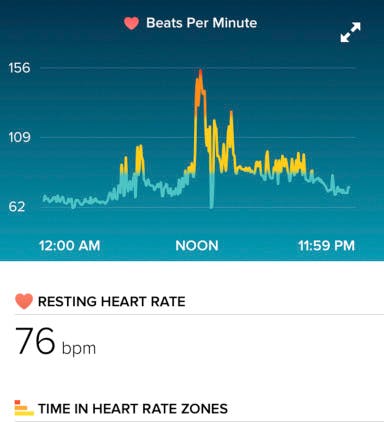 It’s the first reported case of doctors using a patient’s heart rate-tracking wearable to make medical decisions, but wearable devices are frequently monitored by physical and mental health physicians to check up on patients and track their progress.

Though fitness trackers are not approved medical devices and doctors consult them at their own discretion, this particular case illustrates some of the ways fitness trackers can be used in a clinical setting, providing real-time data that doctors otherwise wouldn’t have access to.

“Information from the activity tracker could also be used to determine the frequency of tachycardic events in a patient with intermittent atrial fibrillation and aid in determining whether long-term anticoagulation or ablative therapy were required,” the authors of the paper Interrogation of Patient Smartphone Activity Tracker to Assist Arrhythmia Management write.

Fitness trackers can also provide unexpected insight into physical well-being thorough data analysis. Earlier this year, one man posted on Reddit with what he thought was a bug in his wife’s Fitbit—turns out, her elevated heart rate was actually a sign that she was pregnant, something neither husband or wife had yet realized.