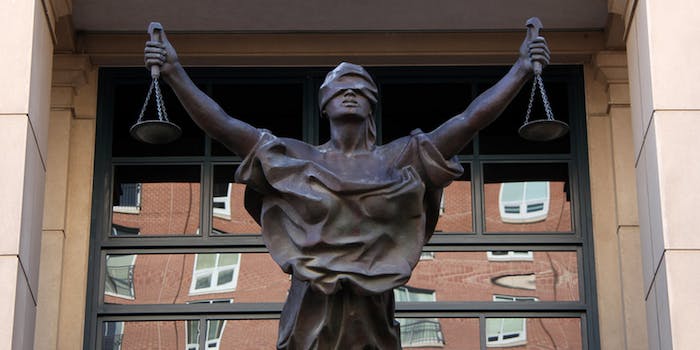 According to a FOIA request by USA Today, the Department of Justice didn't investigate complaints made by secret court judges that the NSA misrepresented its surveillance.

According to USA Today, the judges’ complaints were made in court orders declassified this summer after former intelligence contractor Edward Snowden leaked a trove of secret documents revealing the NSA’s massive global spying operations.

The documents revealed how the agency regularly goes in front of the secretive FISC to obtain warrants for Americans’ emails, chats, photos, videos and phone logs.

Though the agency isn’t allowed to explicitly target Americans, it often sweeps up citizens’ data instances where that person is communicating with someone abroad. Since the FISC was established in 1978, it has granted over 30,000 surveillance warrants. On average it denies a request less than once every three years.

At least two federal judges complained that the NSA’s lawyers inaccurately portrayed the agency’s spying operations while arguing for one such warrant. One judge, Reggie Walton, wrote that he could hold the NSA officers in contempt their deception.

The Justice Department’s Office of Professional Responsibility (OPR) is charged with looking into such claims. However, according to the OPR’s response to a Freedom of Information Act Request (FOIA) filed by USA Today, no record of any investigations could be found.

“There’s enough in the opinions that it should trigger some level of inquiry,” Leslie Graham, a former OPR attorney, told USA Today.

The OPR appears to disagree with the paper’s conclusion, however. Days before the story was published, its author, Brad Heath, posted an email exchange he had with an OPR representative over the FOIA response:  “I have information that undercuts your premise,” the representative wrote. “I prefer to hold onto the information and use it after the fact, with a different outlet that is more objective about whether an OPR inquiry was appropriate.”

The representative’s comments to Heath appear to indicate that no investigation occurred. The issue at hand–which the OPR refused to elaborate on–seems to be whether inquiries into the judges’ complaints were justified.

“You can’t seriously ask me not to publish something on the basis of information you won’t share,” Heath replied.