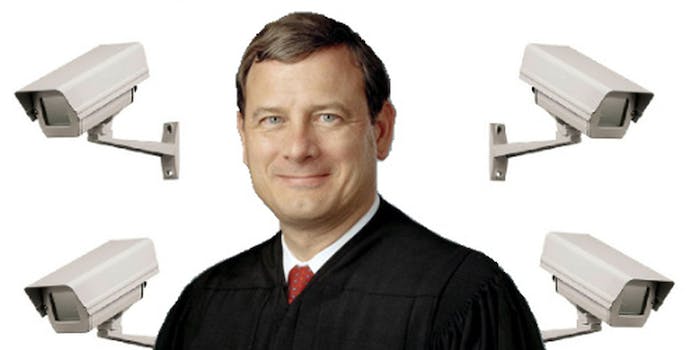 The head of the FISA court says it's hard to do his job when he has to take intelligence agencies at their word.

The head of the Foreign Intelligence Surveillance Court told the Washington Post that the court, charged with overseeing the U.S. government’s spying programs, is forced to rely on intelligence agencies for information about any violations.

Known as the FISA court, it is staffed by 11 federal judges selected by the chief justice of the Supreme Court, and headed by U.S. District Court Judge Reggie B. Walton.

“The FISC does not have the capacity to investigate issues of noncompliance, and in that respect the FISC is in the same position as any other court when it comes to enforcing [government] compliance with its orders,” Walton told the Post in a written statement.

As the Post’s Carol Loennig noted, this statement is in stark contrast to the frequent assertions by President Obama and intelligence agency nabobs that the court provides a check to a spying regime that seems to be increasingly pervasive and toward which Americans are registering mixed feelings.

This inability to access information and to discuss the spying in even the most general terms has frustrated everyone from the leaders of media companies that have participated in PRISM to politicians like Oregon senator Ron Wyden.

This week, the Post also uncovered documentation indicating that NSA employees have overstepped the legal bounds established for their activities and that this trend is increasing.