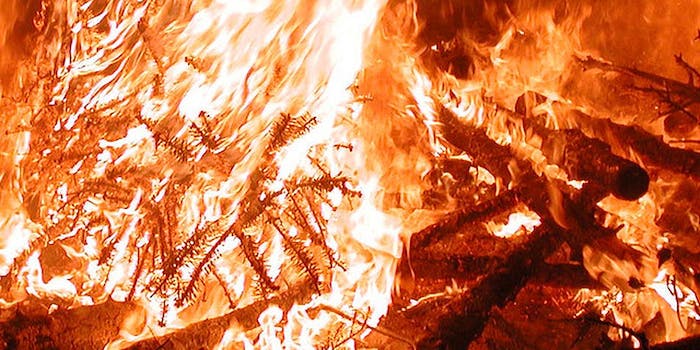 A look at how Glass could revolutionize emergency response.

North Carolina firefighter Patrick Jackson is putting an end to the slur ‘glassholes’ once and for all. He has developed a Google Glass app that could help save lives.

Jackson, who has always had an interest in programming, created an Android, iPhone, and Glass app for firefighters called Firefighter Log. The Glass app could save 30 seconds to a full minute of response time, when every second counts. Information about each emergency call is sent directly to the glasses, freeing firefighters from having to get to a radio or computer.

When an emergency phone call is made, Google Glass receives information about the nature of the call, the address of the emergency, and a turn-by-turn map to the site. The app even provides locations of the nearest fire hydrants.

The map is displayed on the corner of the screen of the glasses, so firefighters can concentrate on getting into uniforms and driving to the emergency address without looking away.

Eventually, Jackson hopes the app will be able to access information about injured patients and stream video to the emergency room.

For now he has to remove his Glass when entering a fire zone because they aren’t compatible with the oxygen masks. But as fire departments across the nation gain interest in Jackson’s app, they’re finding even more uses for Glass. One department is working to link a thermal imaging camera to Glass that will work with oxygen masks.

The possibilities seem to be endless. Jackson has also mentioned adding more functions to his app, like building blueprints and potential hazards. Firefighter Log is making responding to emergencies more efficient and its use can be expected to spread like wildfire among other fire departments in the U.S. (or at least those that can afford it.)