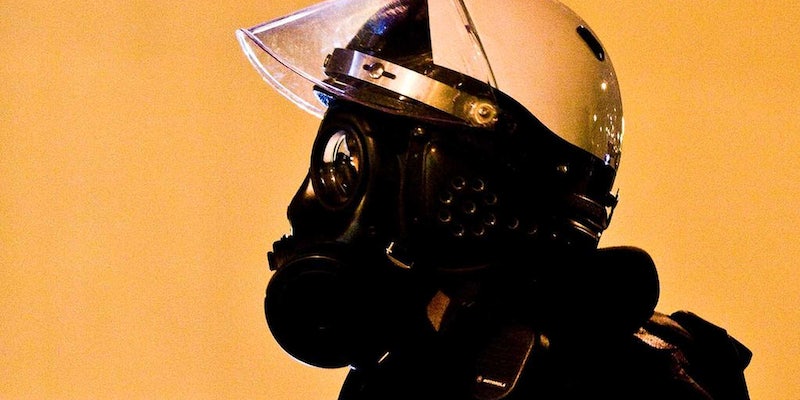 Palestinians teach Ferguson protesters how to deal with tear gas

With the world looking on through livestreams, the streets of Ferguson, Mo., transformed on Wednesday night, from the site of a passionate but peaceful protest to a military-style occupation zone.

The similarities weren’t lost on some Palestinian Twitter users, who took to the social network to advise Ferguson residents on how to cope with the effects of tear gas.

St. Louis County police shot tear gas canisters and rubber bullets into the crowd over the course of several hours on Wednesday night, dispersing protesters before corralling them onto residential side streets.

Palestinian citizens are tweeting to the resistors in #Ferguson with support & tips on dealing with tear gas! #gaza pic.twitter.com/5WeHzsqPKN

Apparently, that might not be where the similarities between Ferguson and Gaza end. A few unsubstantiated Twitter reports seemed to suggest that St. Louis County’s Police Chief had a connection to the Israeli Defense Forces. After further investigation, it appears that while the current chief of police for the county doesn’t have any ties to Israel, former chief Tim Fitch might. Fitch retired earlier this year after serving in the post since 2009.

As Fox2Now noted in a profile on his retirement: “His job has given him a chance to travel this country and abroad, taking him from Israel where he worked with the Israeli police to New York where he did an assessment of the NYPD.” 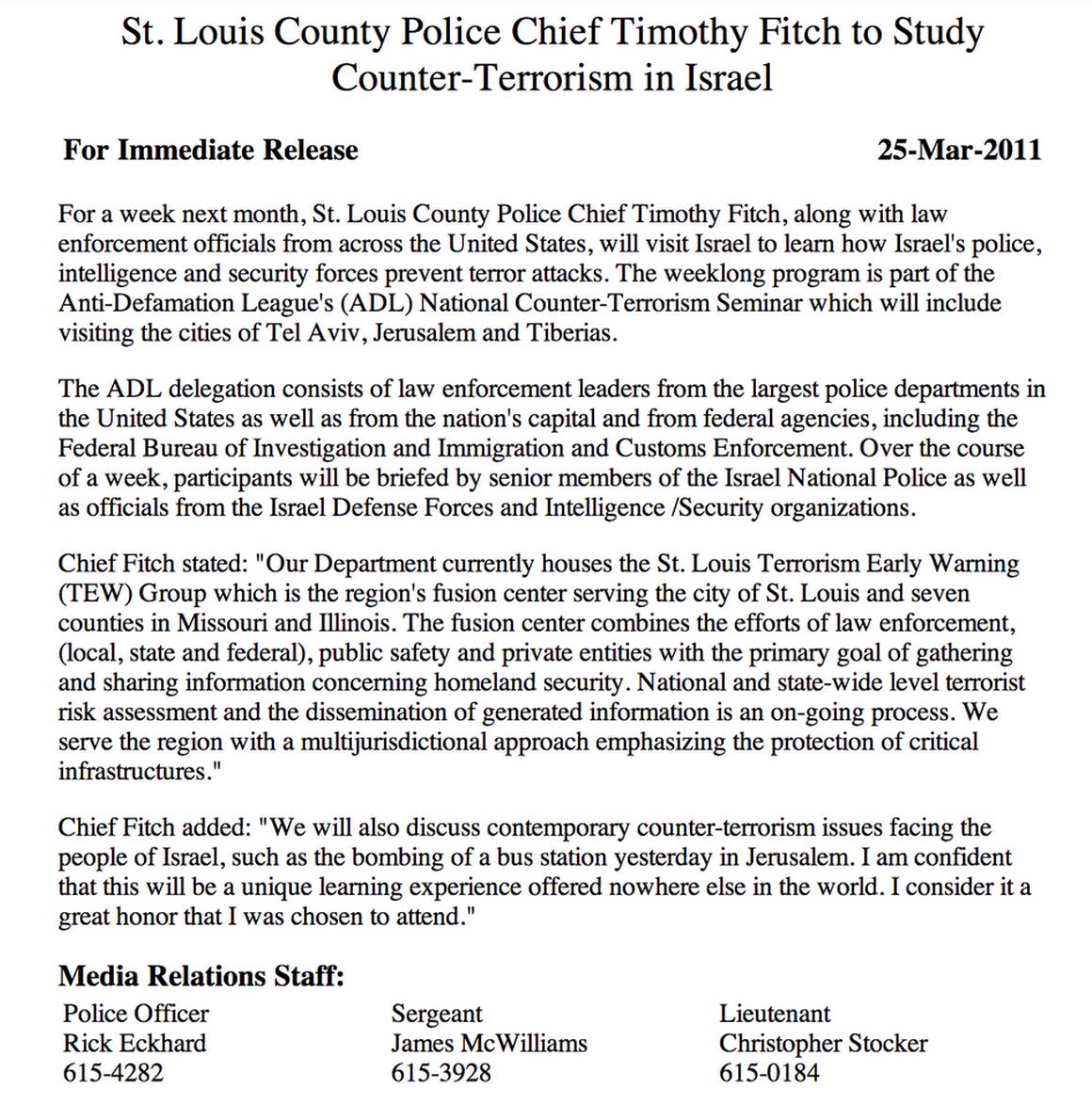 The press release above, shared to Facebook, shed some light on the nature of Fitch’s visit to Israel. The former chief of police appears to have “studied counter-terrorism” during his tenure as the head of the police department, a fact verified by a local news report from 2011. St. Louis County’s current chief of police is Jon Belmar, who took over for Fitch this year.

Fitch did not immediately respond to our request for comment.

Protests began over the weekend, after a Ferguson police officer killed 18-year-old Michael Brown, who was reportedly unarmed when he was shot while fleeing a police car with his hands raised.

The name of the officer involved in the shooting remains withheld from the public due to concerns for his, and his family’s, safety. The American Civil Liberties Union (ACLU) filed a formal request Wednesday to obtain the officer’s name. And Anonymous activists say a “source” close to Ferguson police has given them the officer’s name, which they plan to release soon.

The officer is currently on administrative leave while police investigate Brown’s death.

Clarification: To be clear, the fact that a former St. Louis County Police chief spent any time training in Israel does not necessarily mean police in Ferguson are using IDF tactics against protesters.