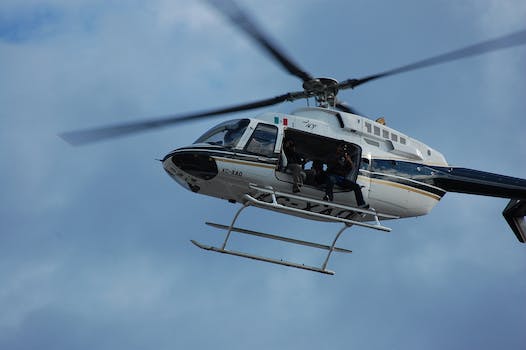 There’s a new reason to be angry about what happened in Ferguson, Mo., this summer.

The St. Louis County Police Department is facing questions over its role in a no-fly restriction imposed over Ferguson, a suburb of St. Louis, Mo., during community protests that followed the August police shooting of 18-year-old Michael Brown.

In an exclusive report published on Sunday, the Associate Press revealed that audio recordings of Federal Aviation Administration (FAA) officials, obtained under the Freedom of Information Act, show local authorities “privately acknowledged the purpose was to keep away news helicopters during violent street protests.”

“They finally admitted it really was to keep the media out,” one FAA official said during a series of recorded phone conversations obtained by the AP. “But they were a little concerned of, obviously, anything else that could be going on.”

Throughout the protests that began on Aug. 9, the day after Brown was fatally shot by Ferguson Police Officer Darren Wilson, media helicopters kept their distance from the area, seemingly under the impression that authorities had established strict no-fly zone. According to the AP, however, no such restrictions were actually in place, other than a 14.5-hour order that followed police accusations of aircraft under gunfire.

The confusion by news agencies over whether they could enter the area appears to have been intentional. In one recording, an FAA official notes: “A lot of the time the (lesser restriction) just keeps the press out, anyways. They don’t understand the difference.”

In a separate audio recording obtained by the AP, an FAA official explains to police how a modified no-fly zone would be effective at keeping the media way while permitting aircraft to land and take off from Lambert-St. Louis International Airport.

A manager at FAA’s Kansas City center reportedly said that police “did not care if you ran commercial traffic through this TFR [temporary flight restriction] all day long. They didn’t want media in there.”

“There is really … no option for a [temporary flight restriction] that says, you know, ‘OK, everybody but the media is OK,'” the FAA manager said. St. Louis police officials reportedly agreed to the lesser restrictions, having been told it was likely to keep the news helicopters away.

The order allows “aircraft on final [approach] there at St. Louis. It will still keep news people out. … The only way people will get in there is if they give them permission in there anyway so they, with the [lesser restriction], it still keeps all of them out,” the FAA manager said.

“Yeah,” replied the police official, according to the AP. “I have no problem with that whatsoever.”

Police officials denied on Sunday that they intentionally misled the media, telling reporters at the Los Angeles Times:

“The pilots made the decision to request that all aircraft, not just media aircraft, be restricted for the safety of those using that airspace,” the official added.

An FAA official issued a similar statement to the L.A. Times, denying something they aren’t actually being accused of, while avoiding the question of whether or not they approved modified flight restrictions after being made aware the intent was to keep the media away:

“FAA cannot and will never exclusively ban media from covering an event of national significance, and media was never banned from covering the ongoing events in Ferguson in this case,” FAA Administrator Michael P. Huerta said.