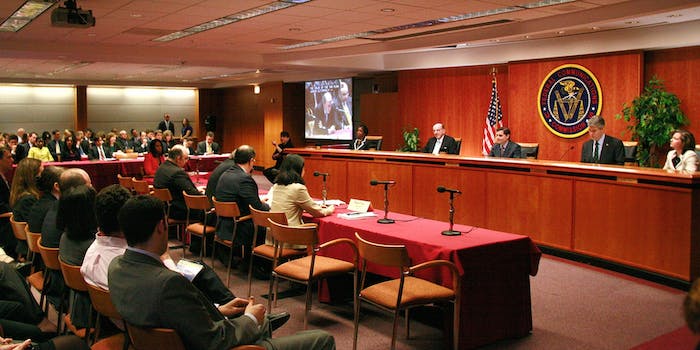 The Federal Communications Commission on Monday announced the appointment of a new liaison between the agency and the public on net-neutrality issues, pushing forward with its new open-Internet policies even as they continue to face scrutiny in a federal court.

Americans with net-neutrality complaints and concerns will be able to contact Parul P. Desai, whose formal title is Assistant Bureau Chief and Director of Consumer Engagement in the FCC‘s Consumer and Governmental Affairs Bureau. Her position was created by the FCC’s net-neutrality rules, which passed on Feb. 26 and took effect on June 12.

“As the ombudsperson, Ms. Desai will manage questions or complaints regarding the Open Internet to ensure that small and often unrepresented groups reach the appropriate bureaus and offices to address specific issues of concern,” the commission said in a statement. “In addition, the Open Internet Order stated that the ombudsperson will work as a point of contact and a source of assistance as needed, not as an advocate or as an officer who must be approached for approval.”

The agency has set up the email address [email protected] and the phone number 202-418-1155 for Americans who want to reach Desai’s office.

The appointment of an ombudsperson complements the agency’s existing consumer complaints page and the main 1-888-CALL-FCC hotline.

Even as the FCC continues to implement its open-Internet regulations, the cable and wireless industries are challenging them at the U.S. Court of Appeals for the D.C. Circuit.

The appeals court declined to put the rules on hold before they took effect, but it expedited the timetable for hearing the full case. Industry trade groups and major telecom companies like Comcast and AT&T have said they are confident that the rules will ultimately be struck down.