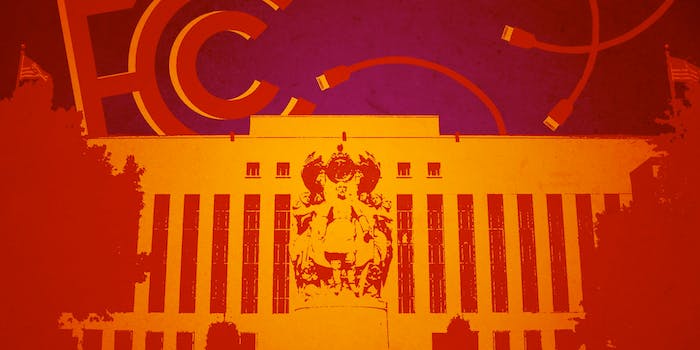 The ruling is a major win for supporters of the FCC's regulatory approach.

A federal appeals court in Washington ruled on Tuesday that the Federal Communications Commission had acted within its authority to change how it regulates broadband internet, giving it the ability to implement rules prohibiting what it deems as unfair conduct by internet service providers.

The 2-1 ruling by a three-judge panel of the U.S. Court of Appeals for the District of Columbia Circuit entirely preserved the FCC‘s 2015 Open Internet Order, which instituted the principle of net neutrality by prohibiting ISPs from blocking access to content, slowing down their customers’ connections, or charging extra for faster access to certain sites.

The case, United States Telecom Association v. Federal Communications Commission, pitted the agency against an army of cable and wireless companies and their trade groups, led by U.S. Telecom, the National Cable and Telecommunications Association, and CTIA–The Wireless Association.

The court battle over net neutrality quickly became one of the most closely watched telecom lawsuits in recent memory, as industry stakeholders and open-internet advocates waited to see whether the agency’s landmark rules would withstand a frontal assault on their legality.

The rules themselves were the product of years of lobbying, protesting, petition-writing, and internet organizing by civil-society groups.

The cable industry filed its opening brief in the case on July 30, the FCC responded on Sept. 14, and the three-judge panel heard arguments on Dec. 4.

FCC Chairman Tom Wheeler praised the decision in a statement.  “Today’s ruling is a victory for consumers and innovators who deserve unfettered access to the entire web,” Wheeler said. “After a decade of debate and legal battles, today’s ruling affirms the Commission’s ability to enforce the strongest possible internet protections — both on fixed and mobile networks — that will ensure the internet remains open, now and in the future.”

Conversely, many in the telecom industry slammed the ruling. Daniel Beringer, founder of the nonprofit Voice Communication Exchange and a named plaintiff on the appeal, charged that the imposition of net neutrality rules would stifle innovation, harming both internet service providers and consumers:

“Today’s decision is a huge step backward for the continued evolution of the internet that consumers enjoy today. The extent of the legal gymnastics in the 184-page opinion imposing a 1934 law on the modern internet illustrates the out-of-touch structural nature of the problem. This convoluted legal opinion ignores the reality that the internet prospered for 20 years without FCC policy intrusions.”

Beringer added that hoped the the case would eventually be taken up by the Supreme Court. Immediately after the decision was handed down, telecom giant AT&T announced it would be doing precisely that.

“We have always expected this issue to be decided by the Supreme Court, and we look forward to participating in that appeal,” AT&T General Counsel David McAtee II told the New York Times.