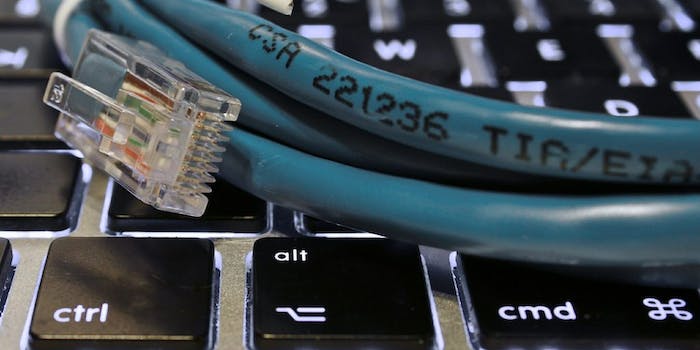 Republicans say the bill is meant to preserve competition in the broadband market.

A bill to prevent the Federal Communications Commission from regulating Internet prices passed a House committee on Tuesday, despite bitter criticism from Democrats who said it would diminish the FCC‘s ability to preserve an open Internet.

The House Energy and Commerce Committee’s vote on the No Rate Regulation of Broadband Internet Access Act was 29 to 19, with Democrats voting en masse not to send the bill to the full House.

The bill’s single sentence reads, “Notwithstanding any other provision of law, the Federal Communications Commission may not regulate the rates charged for broadband Internet access service.”

Republicans say the bill prevents the FCC from chilling marketplace competition by setting artificial caps on what Internet service providers can charge their customers. At the House markup, Rep. Joe Barton (R-Texas) called it “a one-sentence bill that a fourth-grader can understand.”

But Democrats responded that, without a definition of rate regulation, the bill could provide the legal basis for industry lawsuits delaying FCC regulatory practices.

The rate-regulation bill arose after the FCC reclassified broadband Internet so that it could apply net-neutrality protections to it under Title II of the Communications Act of 1934.

The reclassification gave the FCC the power to prevent ISPs from blocking, slowing down, or charging extra for certain content or services. But it also imported from the phone ecosystem the power to regulate rates, and while FCC Chairman Tom Wheeler promised not to use that power, congressional Republicans want to permanently remove that authority.

“The Obama FCC has bent over backwards to try to figure out a way to try to get regulation of the Internet,” Barton told his colleagues.

Rep. Greg Walden (R-Ore.), the chairman of the committee’s Communications and Technology Subcommittee, argued that the bill was an insurance policy against future commissions with more activist urges than Wheeler’s. He warned that Wheeler’s promise not to regulate rates did not cover punishing a company for its prices after it had introduced a service.

“Maybe this FCC won’t go down that path,” he said, “but there’s no guarantee the next one won’t.”

Rep. Anna Eshoo (D-Calif.), who sponsored an amendment codifying Wheeler’s promise as an alternative to the bill’s broader language, voiced the frustrations of many committee Democrats.

“I wish it were simpler,” Eshoo told Barton. “I tried to make it simple.”

The committee defeated Eshoo’s amendment 20 to 27.

Correction: The final vote total on sending the bill to the House was 29-19.