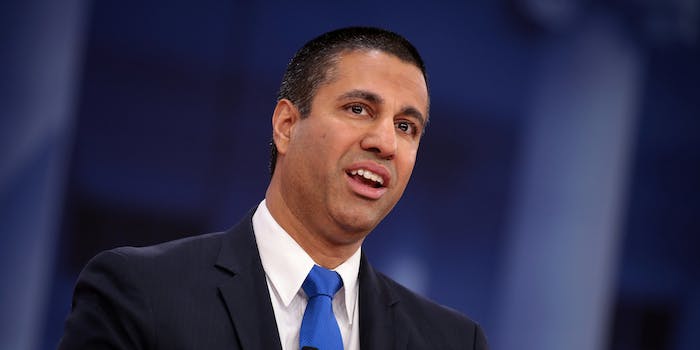 Democrats to FCC: Stop work on all ‘partisan’ and ‘controversial’ work

The FCC is at the center of Trump's social media executive order.

Democrats in the House of Representatives are calling on the Federal Communications Commission (FCC) to stop working on any “partisan” or “controversial” items they may be considering.

Rep. Frank Pallone Jr. (D-N.J.), the chairman of the House Energy and Commerce Committee, and Rep. Mike Doyle (D-Penn.), the chairman of the communications and technology subcommittee, wrote a letter to FCC Chairman Ajit Pai on Tuesday that said the agency should stop its work with President-elect Joe Biden preparing to take office soon.

“With the results of the 2020 presidential election now apparent, leadership of the FCC will undoubtedly be changing,” the letter reads. “As a traditionally part of the peaceful transfer of power—and as part of our oversight responsibilities—we strongly urge the agency to only pursue consensus and administrative matters that are non-partisan for the remainder of your tenure.”

A similar letter was also sent to the Federal Trade Commission (FTC).

The FCC is at the center of an extremely controversial issue: President Donald Trump’s social media executive order that targets Section 230 of the Communications Decency Act.

Section 230 shields website from being held liable for what is posted on them by users. It’s been called “one of the most valuable tools for protecting freedom of expression and innovation on the internet” and advocates have warned that changes to the law would have far-reaching ramifications on the internet.

Trump’s executive order asked the FCC to “clarify” the provisions under which websites are granted the immunity, and the agency came under fire last month for announcing that it would move forward with it.

Both Democratic commissioners on the FCC urged the Pai to follow the House Democrats’ letter.

Representatives for Pai did not immediately respond to a request for comment by the Daily Dot. We’ll update this story if we hear back.

“Historically, the FCC has honored the transfer of power from one Administration to the next by pausing any controversial activity,” Commissioner Jessica Rosenworcel said. “I urge FCC Chairman Ajit Pai to follow this past practice in order to ensure an orderly transition of agency affairs.”

“As two of my Republican colleagues observed in 2016, it is long-standing Commission practice that, upon a presidential transition, the agency suspends its consideration of any partisan, controversial items until the transition period is complete,” Starks said. “Our congressional leaders have called for Chairman Pai to respect this precedent, and I expect that he will abide by their request.”