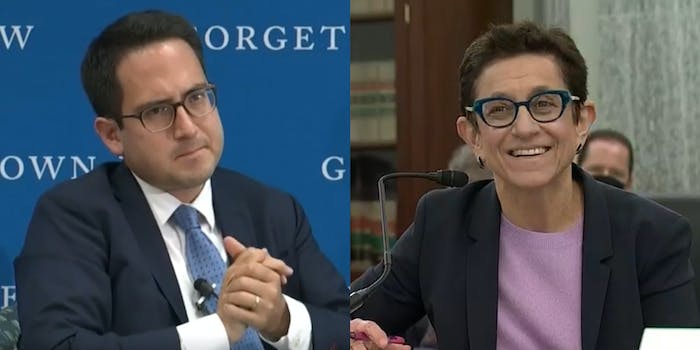 Free Press Action urged the committee to vote on Biden’s choices of Gigi Sohn at the FCC and Alvaro Bedoya at the FTC. Both had confirmation hearings with the Senate Commerce Committee late last year, but neither received a full vote in the Senate. Because of this, Biden re-nominated them both last week. Once they get votes from the Commerce Committee, they would face votes in the full Senate.

Both Sohn and Bedoya faced Republican pushback during their confirmation hearings, but they both have drawn rave reviews from advocacy groups and experts. If confirmed, they would give both agencies a Democratic majority and allow them to vote on issues that would likely require a party line vote, such as restoring net neutrality rules at the FCC and tackling privacy rules at the FTC.

At the FCC in particular, Biden waited months before making his intentions clear—leaving the agency perilously close to falling into a Republican majority.

With all of that in mind, Craig Aaron, the co-CEO of Free Press Action, said any further delay on the nominees was “unacceptable.”

“We’ve waited nearly a year for fully functional agencies with oversight of the communications sector. These deadlocked agencies need a full slate of commissioners to accomplish all of their work,” Aaron said in a statement. “Further delay is unacceptable. We’re deeply disappointed to have no notice of a committee vote before the Senate goes home for its mid-month recess. Ranking Member Wicker and a few of his colleagues in the minority have succeeded with cynical delay tactics, but the committee must call the votes before the end of this month to let these stellar public servants fill their roles.”

The Daily Dot has reached out to the Senate Commerce Committee for comment but did not immediately receive a reply. However, Communications Daily reports that its possible votes could come this week.