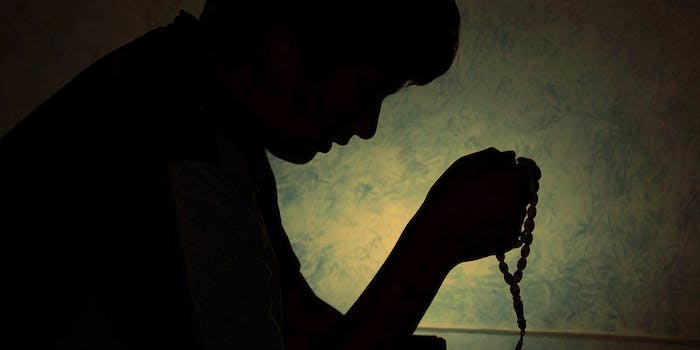 According to a sweeping report based on classified documents leaked by Edward Snowden, innocent Muslim-Americans, with no criminal history or ties to terrorism, were subjected to extensive electronic surveillance.

Among those targeted by the U.S. government were prominent civil rights activists, attorneys, academics, and a former Republican candidate for public office, according to a report published by the Intercept.

Five individuals—all U.S. citizens of Muslim heritage—were included in a classified spreadsheet provided to journalists Glenn Greenwald and Murtaza Hussain, which listed National Security Agency (NSA) targets. The five public figures, who deny any involvement in extremist activities, were singled out by the Federal Bureau of Investigation (FBI), according to the leaked documents.

One of the surveillance targets, who formerly worked for the George W. Bush White House, once held top-secret security clearance while serving at a U.S. government agency.

U.S. citizens can only be placed under electronic surveillance under a warrant granted by the secretive Federal Intelligence Surveillance Court (FISC). As noted by the Intercept, out of the 35,434 warrants requested, only 12 have ever been rejected.

In total, the leaked spreadsheet lists 7,485 email addresses monitored by the U.S. government between 2002 and 2008. Many of the addresses, the Intercept reports, belong to foreigners allegedly tied to Al Qaeda and other groups designated as terrorist by the U.S. government. Others, however, appear to be American citizens without criminal backgrounds, let alone ties to terrorist organizations. Those who appear to be targeted without just cause do share one key trait, however—they are all influential Muslims.

“I believe that they tapped me because my name is Asim Abdur Rahman Ghafoor, my parents are from India, I travelled to Saudi Arabia as a young man, and I do the pilgrimage,” said Ghafoor, who has legally represented clients in terrorism related cases. “Yes, I absolutely believe that had something to do with it, because there were former Bush administration officials representing Saudi entities and I doubt their emails were tapped.” According to the Intercept, none were.

Ghafoor is not a stranger to being spied upon. In a previous and unrelated case, he was awarded more than $20,000 after suing the U.S. government for illegally wiretapping him. The judgement was overturned on appeal, however, when a federal judge ruled that an illegal wiretap didn’t entitle Ghafoor to damages.

Faisal Gill, who began working for the White House just after the 9/11 terrorist attacks and later cofounded a law firm with Ghafoor, told the Intercept: “I don’t know why. I’ve done everything in my life to be patriotic. I served in the Navy, served in the government, served in a political administration, was active in my community.”

“I was a very conservative, Reagan-loving republican,” said Gill, who once held top-secret clearance while working for the White House Office of Homeland Security. “If somebody like me could be surveilled, then some other people out there I could only imagine. … I passed a security clearance. … I passed polygraph exams.”

It’s impossible to know how far the surveillance against Gill and others targeted went, the Intercept report says, since the U.S. government’s justification remains classified. Additionally, the majority of the individuals listed in the spreadsheet cannot be identified, since only their email addresses are given. Under “Nationality,” however, there are 202 email addresses that are listed as belonging to U.S. citizens. The country of origin for over 5,500 others are unknown. The five Americans singled out in the report were identified by the Intercept during their investigation.

The most racist aspect in the Intercept’s report is a 2005 document intended to show intelligence personnel how to properly format internal memos. In place of a target’s name, someone inputted a default: Mohammed Raghead.

Screenshot via the Intercept

In response, an NSA spokeswoman told the Intercept that the agency “has not and would not approve official training documents that include insulting or inflammatory language.” The NSA’s denial may not, however, include any training documents deemed unofficial.

The U.S. government obtained warrants from FISC to allow for the surveillance of at least four of the five Americans identified by the Intercept as targets. An anonymous government source told another news organization that no FISC warrant was obtained for Awad, which appears to have been the reason Greenwald delayed publication of these revelations for a week. Federal officials would not comment on whether a warrant was obtained for Awad, the Intercept reports.

Warrants obtained from FISC must show probable cause that a suspect works for a foreign government and is engaging in, or may soon engage in, terrorism or other violent acts, sabotage, or spying activities. Political activities and other actions that fall under the right to free speech do not constitute probable cause. However, law enforcement officials tell the Intercerpt that a loophole in the Foreign Intelligence Surveillance Act (FISA) allows FISC to grant warrants for suspects who may engage in criminal or terrorist activity on behalf of a foreign government—even if they have not yet done so.

“The reality of these revelations is that they show in a situation where there is little oversight of government actions, individual and organizational prejudices have greater impact,” Murtaza Hussain, coauthor of the Intercept’s article, told the Daily Dot.

“Essentially any type of political activism, even that of a very mainstream nature, or even normal religious practice, is viewed as a kind of red flag to bring down state scrutiny,” Hussain said.

“Unfortunately today Muslim-Americans essentially have a lower level of civil rights than their compatriots, in part due to overzealous, ideologically-driven law enforcement and national security tactics which seem to view them as an inherently threatening fifth column within America.”

Only time will tell what impact Snowden’s revelations will have on the course of American history. But in the present, the targeting of innocent civilians by an U.S. military-powered surveillance apparatus will not likely play well in the minds of U.S. citizens, who, according to recent polls, are becoming increasingly nervous about the U.S. government’s “collect everything” operations.