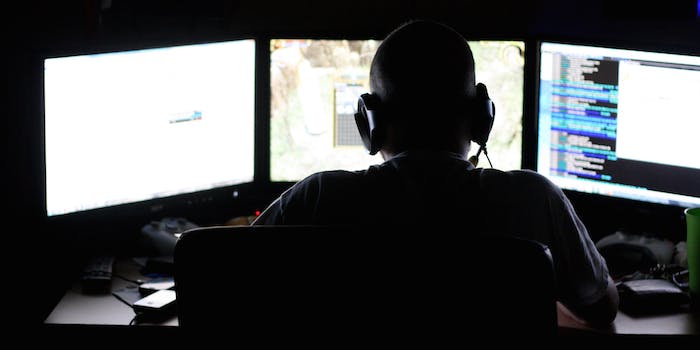 Policing the Internet is making the FBI fat

Time to bring out the standing desks.

The rise of cybersecurity and intelligence work within the FBI has made the agency fat, according to an October internal memo obtained by the New York Times. So now, for the first time in 16 years, the Federal Bureau of Investigation is mandating a fitness test for its agents.

“The lives of your colleagues and those you protect may well depend upon your ability to run, fight and shoot, no matter what job you hold,” FBI Director James B. Comey said in in the memo.

Mandatory fitness tests at the FBI were suspended in 1999, around the same time the work of intelligence analysts and cybersecurity experts became more prominent.

The FBI’s Cyber Division was funded in 2002 to deal with data breaches, child sexual exploitation, intellectual property rights, and Internet-based fraud. As the Internet has become larger and more expansive, so has the FBI’s efforts to police it. As such, it’s hard for agents to get much exercise when analyzing malware from China or shutting down a Deep Web child pornography ring.

“You could see that health and fitness was not the priority it used to be,”  Zachary Lowe Jr., the chief of instruction at the FBI’s academy in Quantico, Va., told the Times.

Facing the reality of a heavier recruiting pool, the U.S. Army also considered raising the weight limit for its cybersoldiers last year.

“Today, we need cyberwarriors, so we’re starting to recruit for Army Cyber,” Maj. Gen. Allen Batschelet, commanding general for the U.S. Army Recruiting Command at Fort Knox, said. “One of the things we’re considering is that your [mission] as a cyberwarrior is different. Maybe you’re not the Ranger who can do 100 push-ups, 100 sit-ups, and run the 2 mile inside of 10 minutes, but you can crack a data system of an enemy.”

All 13,500 FBI agents worldwide have until October 2015 to complete the fitness assessment.

Photo via ginnerobot/Flickr (CC BY SA 2.0)