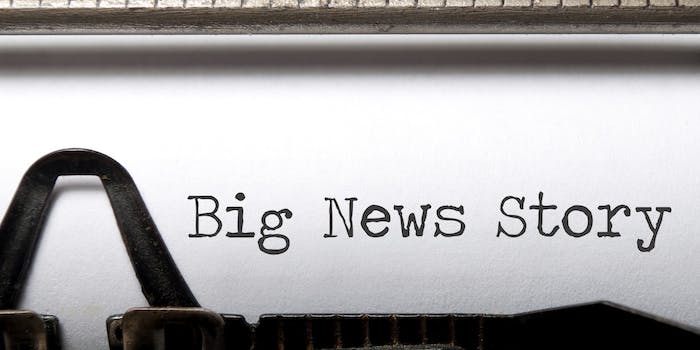 The truth about fake news is coming

The mainstream media is more trusted than you might think.

The problem of fake news is finally starting to come into focus.

A pair of polls released this week show just how prevalent fake news is, what Americans view as fake news, and how often they fall for it.

When it comes to what’s seen as credible news and what’s not, Morning Consult found that Americans generally trust television news outlets over print and online-only publications. ABC, CBS, NBC, and CNN were rated “credible” or “very credible” by 77 percent or more respondents. (ABC ranked the most credible, with 79 percent.)

More partisan television stations polled notably worse. MSNBC, which leans left, was rated credible by 68 percent of respondents, compared to 17 percent who said it wasn’t credible. Fox News, a conservative network, received the worse rating of the major TV outlets, with respondents roughly divided between credible and not credible, at 45 percent to 47 percent.

The New York Times received the highest rating among print/online publications included in the poll, with a credibility rating of 76 percent. The Wall Street Journal followed with 69 percent of respondents calling it credible. 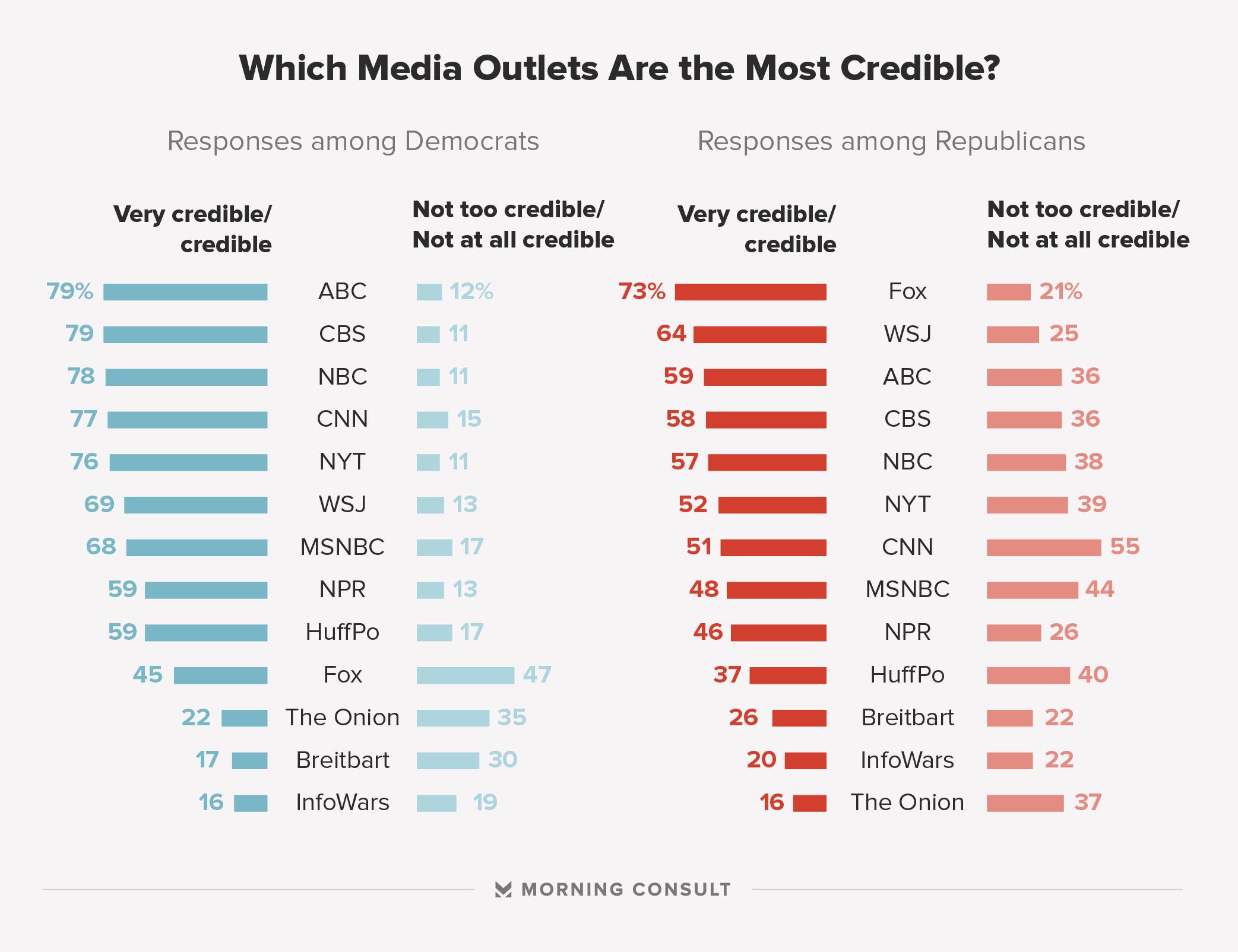 Perhaps the most notable of these findings is what respondents thought of the publications often considered in the “fake news” category.

So, at least according to one poll, it seems the mainstream media isn’t fairing quite as badly as one might expect, particularly given recent polls that show trust in the media at historic lows.

The second poll, commissioned by BuzzFeed News and conducted by Ipsos Public Affairs, found that 75 percent of Americans are fooled by fake news.

Self-identified Republican voters are duped most often, the poll found, rating fake news stories about the 2016 election “as very or somewhat accurate” 84 percent of the time, when they recognized the story at all. Democratic voters performed only slightly better, with 71 percent thinking fake election stories were accurate.

A bright spot in the Ipsos/BuzzFeed News poll is that fake news stories didn’t seem to stick with readers for very long. Only 22 percent of respondents said they remember seeing the fake news headline “FBI Agent Investigating Hillary Email Leaks Found Dead in Apparent Murder-Suicide,” while 70 percent said they didn’t remember it at all. All other fake news headlines included in the poll were remembered less frequently. Compare that to 57 percent who remembered reading the real news about Trump refusing to take a salary as president.

Trouble is, those who did remember fake news headlines largely thought they were real. A made-up story about FBI Director James Comey putting a Trump sign on his lawn was rated as accurate by 81 percent of those who remembered seeing it. Another fake story about a protester being paid $3,500 to protest a Trump rally was rated as accurate by 79 percent of respondents who remembered it.

Fortunately for the truth and perhaps American democracy itself, those who rated specific fake news stories as accurate only made up about 11 percent of the 3,015 people questioned for the survey.

The question now is, do any of you believe these polls are true?