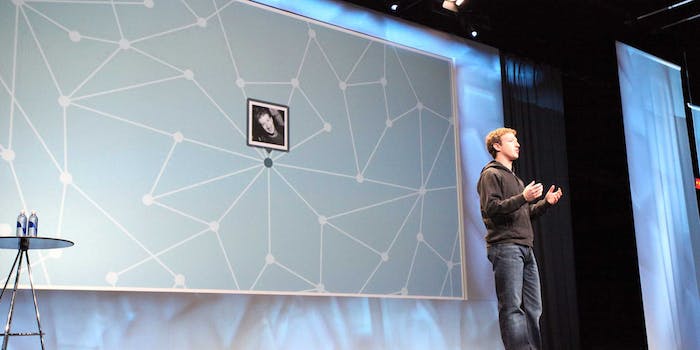 Here’s what Facebook has to say about its WhatsApp acquisition

“Thanks everyone for joining us today on such short notice,” Mark Zuckerberg told the listeners in his investors call. Zuckerberg spoke at a rapid-fire pace, his excitement about Facebook’s $19 billion dollar acquisition of mobile messaging service WhatsApp evident as he fired off an enthusiastic statement, mentioning repeatedly his close relationship with WhatsApp’s CEO Jan Koum. Zuckerberg emphasized that WhatsApp will remain a separate unit. “WhatsApp is going to operate independently. We’re going to do this the same way as Instagram; we feel we’ve learned from the Instagram experience,” Zuckerberg said, noting that this acquisition is on a much larger scale.

So what else is going to happen with the little messaging app that could?

Here’s what we learned in the call:

“Facebook has been on a journey to become a mobile company,” Zuckerberg said, echoing his statement during the last investor call that the company would pursue a mobile-focused strategy to create and buy standalone apps. This WhatsApp purchase is Facebook’s announcement that it is dead serious about dominating mobile.

My initial reaction that the two products would remain separate was confusion; why would Facebook buy a rival and allow it to grow? Well, we have my answer: because that rival’s trajectory is too impressive to mess with now that Facebook will benefit from its growth. “It would be pretty stupid for us to interfere in a big way,” Zuckerberg said.

But also, Facebook sees the two products as fundamentally different. Messenger is “widely used today for chatting with your Facebook friends,” Zuckerberg noted, while WhatsApp is more about real-time communication with all contacts and small groups. “We think those are two pretty big and different use cases and that the world needs both, and that we’re going to help our community the most by investing in both,” Zuckerberg said.

Lots of questions came in about how they planned to monetize WhatsApp, including a question about whether mobile ads will appear on the service. “Our explicit strategy is, for the next several years, to focus on growing and connecting everyone in the world,” Zuckerberg said. “There are many clear ways we can monetize.” So, basically, no ads for now.

And maybe no ads ever. “For our product, for messaging, advertising is not necessarily the right way to go,” Koum said. Zuckerberg also mentioned that he personally does not think ads fit with messaging apps. But who knows.

Zuckerberg painted a rosy picture of tech titan camaraderie when he discussed how the deal came about, saying he proposed it to Koum over a Sunday night dinner. Apparently the thought of uniting with the biggest social network to get everyone in the world on WhatsApp was too good to pass up for Koum. Also, I’m sure the $19 billion didn’t hurt.