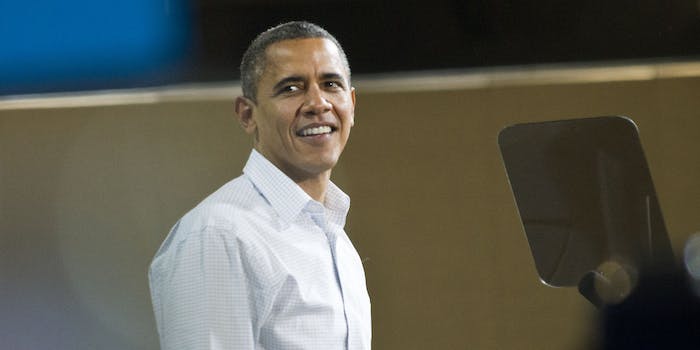 When Obama took office in 2008, Twitter wasn’t really much of anything, and Facebook was still working out some major kinks. Now, nearly eight years later, social media is booming, and the POTUS accounts on Twitter, Facebook, Snapchat, and elsewhere are huge centers of influence with millions of followers. So what happens when the 45th president takes the helm? 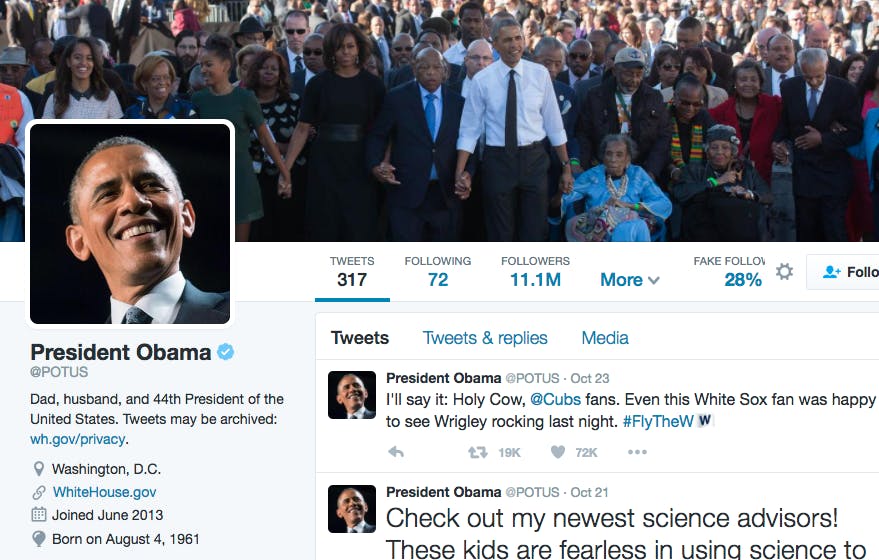 The White House has put some serious thought into how things are going to shake out, and the plan is pretty much the same across all forms of digital media: Obama’s POTUS accounts will transition from the POTUS handle (@POTUS on Twitter, POTUS on Facebook, WhiteHouse on Snapchat) to “POTUS44,” preserving all of the administration’s posts, photos, and videos.

These new “44” accounts, which also include Medium, Tumblr, and YouTube, will be maintained by the National Archives and Records Administration, preserving them for the foreseeable future.

However, the new accounts will not retain the millions of followers that originally subscribed to the tweets and posts, but will instead be treated as brand new. The main POTUS accounts on each of the social networks will be wiped of all tweets prior to the 45th president taking over, and all the followers that Obama and the current administration has generated over the past eight years will be handed over to the new leader.

So, basically, the next president gets to steal all of the current administration’s followers, which sort of seems unfair. Still, Obama is likely not too worried about it, as his personal Twitter handle (@BarackObama) has nearly 80 million followers, compared to the measly 11 million on the official @POTUS account. It pays to plan ahead.