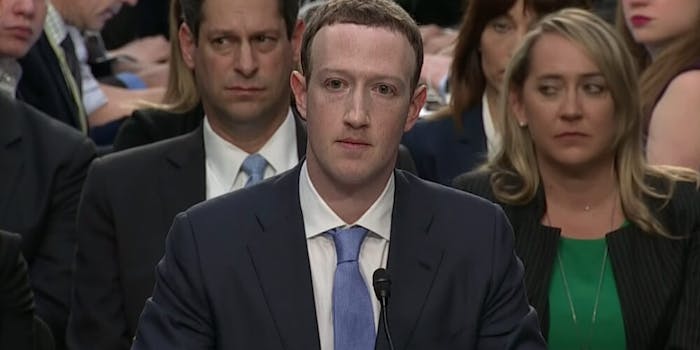 The apps were tied to only about 400 developers.

Facebook suspended tens of thousands of apps during a privacy investigation that began following the Cambridge Analytica scandal.

Although the social media company stated in August of 2018 that only 400 apps had been removed, court documents related to an investigation into Facebook by the Massachusetts attorney general show the current number to be over 69,000.

In a blog post Friday, Facebook stressed that the majority of those apps were suspended for failing to cooperate with the investigation but that around 10,000 may have been violating policies by improperly collecting user data, among other things. The apps were tied to only about 400 developers.

Facebook’s reassurances, however, may do little in light of the tech company’s seemingly never-ending slew of privacy issues.

Facebook CEO Mark Zuckerberg met with lawmakers and President Donald Trump this week in an attempt to convince the nation’s leaders that the company is focused on privacy.

Not all politicians are buying it though. Sen. Ron Wyden (D-Ore.), a longtime privacy advocate, argued on Friday that Zuckerberg should be held “personally responsible” for Facebook’s lapses.

News of the “tens of thousands” of suspended apps comes weeks after Facebook was hit with a $5 billion fine by the Federal Trade Commission (FTC) over its privacy failures.