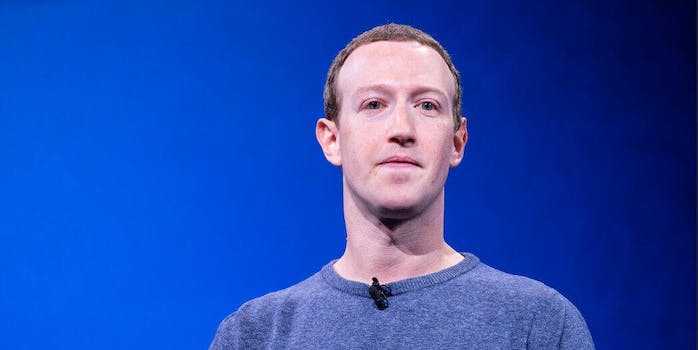 Says he's "repeatedly lied" and "should be held accountable."

In a recent interview with Portland, Oregon’s Willamette Weekly, Wyden did not mince words about the consequences Zuckerberg should face for his role in Facebook’s privacy scandals.

WW asked U.S. Sen. Ron Wyden to justify his role as midwife to the internet.

He defended Section 230 as a success, but admitted he was struggling to trim away the web's most poisonous tendrils. https://t.co/69nCgR1xMs

“Mark Zuckerberg has repeatedly lied to the American people about privacy. I think he ought to be held personally accountable, which is everything from financial fines to—and let me underline this—the possibility of a prison term. Because he hurt a lot of people,” Wyden said.

(A journalism professor told the outlet that prison was “theoretically possible,” but very unlikely for Zuckerberg.)

Wyden’s opinion on tech matters carries a lot of weight. Without him, Facebook might not exist. Wyden co-authored Section 230, the 1996 landmark legislation credited with creating the modern internet. While Wyden does not regret granting broad immunity to websites for user-generated content, he does believe that tech companies like Facebook have been derelict in duty.

Wyden also told the outlet that he recently took a conference of Bay Area tech employees to task.

“Your companies have done practically everything wrong since the 2016 election. I made a judgment early on that the old rules for media wouldn’t work very well in this space,” Wyden recalled saying. “We helped you early on. But your companies have really let the country down by taking full advantage of the shield and dawdling around on the sword.

“If you don’t get serious on moderation, you’re going to have a lot of people coming after you. And they’re going to be in a very strong position.”

Tech companies’ track record leaves a lot to be desired. Concerning privacy, Facebook also has a rich history of invading and abusing users. Although the company’s attorney infamously claimed that users “have no expectation of privacy” in a hearing over the Cambridge Analytica scandal, users and the Federal Trade Commission disagree.

In July, the FTC settled with the company on a $5 billion fine and a litany of restrictions for how it handles user data.