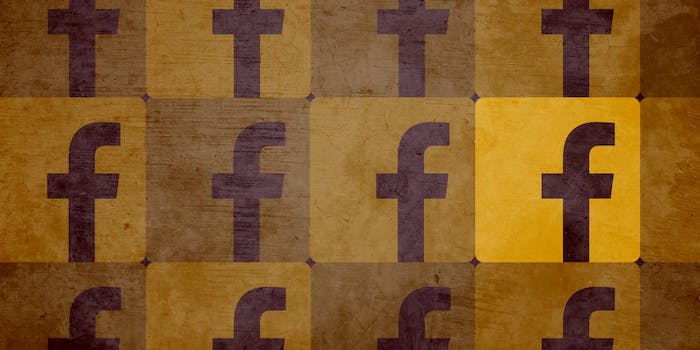 Facebook denies censoring news intentionally but didn't say whether it's happened before.

Facebook responded swiftly on Monday to accusations reared by former contract employees who say the company routinely and deliberately downranks news with a conservative slant.

The company was accused Monday morning of imposing a liberal bias onto its trending news list in a report on gadget blog Gizmodo. Former news “curators,” reportedly employed by Facebook, said they were instructed to prevent stories concerning politically conservative topics from reaching the trending news section, which rolled out in 2014 and which “constitutes some of the most powerful real estate on the internet,” Gizmodo reported.

Notably, the company avoided saying whether or not its guidelines had been routinely ignored…

A former Facebook employee, who spoke to Gizmodo on the condition of anonymity, said the company routinely withheld trending stories originating from conservative blogs until they had been picked up by more august news outlets, such as the New York Times and CNN. The curators were also asked to artificially “inject” stories in the trending news section, according to Gizmodo, “even if they weren’t popular enough to warrant inclusion.”

In a statement, Facebook said the guidelines for curating its trending lists do not permit the “suppression of political perspectives,” nor the “prioritization of one viewpoint over another or one news outlet over another.” Additionally, its rules do not allow for the exclusion of “any news outlet” from the list, the company said.

Notably, the company avoided saying whether the guidelines had been routinely ignored by its contracted curators—”young journalists, primarily educated at Ivy League or private East Coast universities,” according to Gizmodo.

One Gizmodo source, admittedly a conservative, claimed the inflicted bias was a “function of his colleagues’ judgements [sic],” adding there was no evidence to suggest Facebook “mandated or was even aware of any political bias at work.”

Concerns about how the social network’s trending algorithm presents news to its 1.65 billion active users has troubled Facebook for years, but it is especially problematic now given that so many news companies rely heavily on Facebook to deliver revenue-generating traffic.